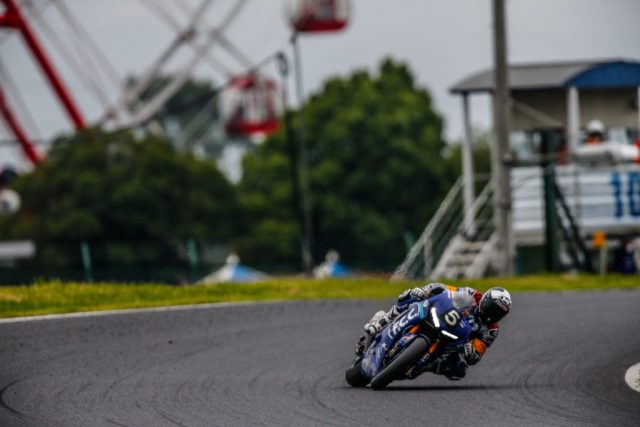 Josh Hook led the Australian charge with a podium finish as Jack Miller took fourth on his Suzuka 8 Hours debut.

Hook was the highest placed of seven Australians across six bikes who finished inside the top 10, while the Yamaha Factory Racing Team converted its third straight pole at Suzuka into a third straight victory in the famous enduro.

Lean Haslam (Britain) got the jump from third on the grid to lead away on the #11 Kawasaki Team Green bike, before Miller’s #634 Musashi RT Harc-Pro Honda was taken into the lead in the hands of Takumi Takahashi in the opening quarter-hour.

Katsuyuki Nakasuga also got by on the #21 Yamaha Factory Racing Team bike, with he and Takahashi gradually pulling away.

The two Japanese riders swapped positions several times before they pitted about an hour into proceedings.

Miller took over #634 and Alex Lowes (Britain) #21, the latter going clear after an early duel during the second hour.

It was essentially the last battle that the eventual winners would face, as Takaaki Nakagami (Japan) crashed the #634 Honda during the third hour, causing them to lose two positions and fall off the lead lap. 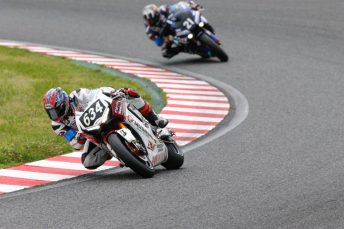 Jack Miller picked up a fourth on the #634 Honda

While Miller kept #634 around 15s away from the podium positions during the fifth and sixth hour of the race, the crash manifested itself in an issue with the fairing which cost more time in the pits.

The drama had, however, helped the #5 FCC TSR Honda of Hook, Randy De Puniet (France), and Dominique Aegerter (Switzerland) was riding move up to second position.

The #5 Honda had been in a battle with the #11 Kawasaki ridden by Haslam, Kazuma Watanabe (Japan), and Azlan Shah Bin Kamaruzaman (Malaysia), which took up third.

Hook looked on for a runner-up finish, but a small fire on #5 with around half an hour to go forced De Puniet to pit.

He quickly resumed, with the flames having gone out by the time he made pit lane, but the on-track damage was done as Haslam took over second position.

In the end, the #21 YZF-R1 of Nakasuga, Lowes, and Michael van der Mark (Netherlands) won by more than a lap, giving the former his third straight Suzuka 8 Hours win as well as the team.

Miller rode the #634 Honda across the finish line in fourth.

The GMT94 Yamaha team finished 11th in what was the final round of the season to earn a third FIM Endurance World Championship in four seasons.

See below for results for all Australian riders