Campbell to start on third row in Hungary

Campbell to start on third row in Hungary 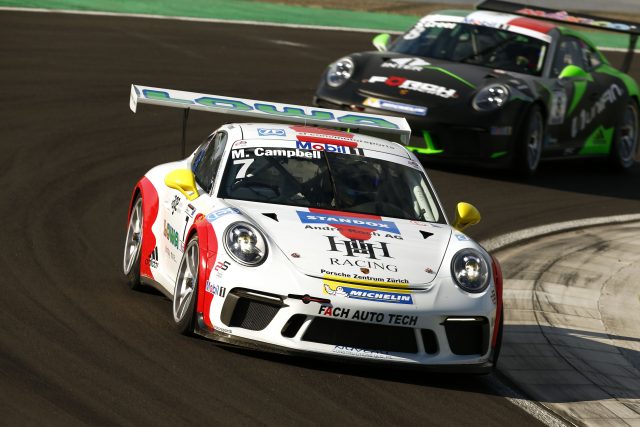 Matt Campbell will start from fifth at the Hungaroring

Matt Campbell will start from fifth on the grid for the sixth round of the Porsche Mobil 1 Supercup at the Hungaroring outside Budapest.

The defending Australian Carrera Cup champion was 16th in the only practice on Friday. He went out early in qualifying and was third after the initial run behind Cammish and Mattia Drudi.

With just two sets of fresh Michelin tyres for all competitors, Campbell sat in the pits through the midway point of the 30-minute session.

On his second set of tyres he jumped to second on the timing screens, just 0.09s off Cammish’s time.

The Queenslander then set the fastest first sector time, but lost out over the following two sectors. He had used the best of the fresh tyres by this point and was unable to improve.

“It felt much better than in free practice, but we have to work on a few things before the race.

“Basically, I really like this track and I’m looking forward to the race.”

The 22-year-old sits fourth in the points standings behind Ammermuller, Olsen and Cammish; who is just a single point ahead of the Australian.

The race will be run at 1930 AEST on Sunday evening.