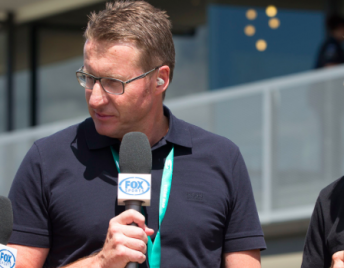 The Supercars television commentary team has been forced into a reshuffle with Mark Skaife absent through illness for this weekend’s Coates Hire Ipswich Super Sprint.

Speedcafe.com has been told that Skaife is recovering from a flu-type virus picked up following the Watpac Townsville 400 earlier this month, which has prevented him from fulfilling his commentary duties at Queensland Raceway.

Neil Crompton will continue to lead the commentary with support from several Supercars co-drivers.

Skaife has missed the last two episodes of Fox Sport’s Inside Supercars show of which he is a regular co-host.

Fox Sports pundit Russell Ingall filled in for his colleague for the post Townsville show, while pit-lane reporter Greg Murphy stood in this week.

Skaife, a former five-time Supercars champion, is expected to return at the Red Rooster Sydney Super Sprint from August 18-20.