Spalding car, series winner back in V8 Utes at QR

Spalding car, series winner back in V8 Utes at QR 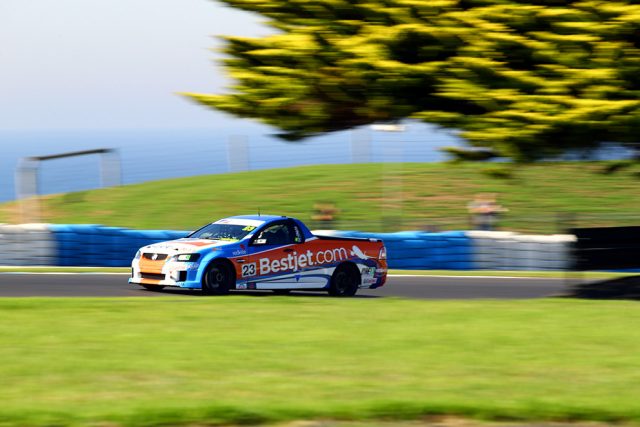 Spalding in action at Phillip Island in 2016

Spalding’s #23 Bestjet.com Commodore, which he drove in four rounds of the series last year before losing his battle with cancer in September, will be raced by motorsport newcomer Jonathan Bloxsom.

Bloxsom and Callan Sayers shared the car during May’s Willowbank 300 at the Ipswich circuit, the first time the car had been raced since Spalding’s passing, before Bloxsom drove it again in Australian Production Cars at Sydney Motorsport Park earlier this month.

Now, the car will be run again in the series which Spalding last raced in.

“We ran it in the Queensland 300 and as a part of one of the endurance races (APC), but we haven’t changed anything at all since Luke raced it,” said Bloxsom.

“We’re keeping the guys that were involved with Luke when he was around, his family and friends involved in motor racing, and it’s been a great time for everyone to reflect on what he achieved and what he did.”

Bloxsom will be running P-plates this weekend owing to this being just his third race meeting, and while Sydney yielded three DNFs due to gearbox and subsequent electrical problems, the Queenslander is revelling in being involved in the sport. The #23 Commodore at Queensland Raceway earlier this year

“It’s fantastic. I didn’t realise how much of a team sport it was until I got involved, but when you’re there until all hours of the night trying to fix things, it shows how close the team is,” said Bloxsom, who will back up a week later for the next APC round at the same venue.

“The ute’s a lot of fun. I’ve never really driven them much before and I’m surprised how well they handle but I’ve just got to back myself a bit more going into corners and a bit more speed trusting the car will hang on.”

Bloxham, whose car is owned by sponsor Michael James and managed by Luke’s father John Spalding, will be part of an 18-car field, the largest of the year to date.

Meanwhile, Sieders Racing Team has grown to a six-car operation for the rest of the year, headlined this weekend by the return of defending series winner David Sieders.

Sieders will carry the #1 plate on the side of a Mangocredit Commodore after Craig Dontas was a late scratching due to a funding shortfall.

The South Australian, who made his first V8 Utes start of the year at Townsville, is set to be back for the remaining rounds of 2017.

Also under the Sieders banner for their first starts of the year are Ben Dunn and Matt Nolan, the former of whom has been confirmed as an entrant in next year’s ECB SuperUtes Series.

Michael Sieders’ campaign continues in the #10 Commodore, while the Sydney-based team will again field a Ford and a Holden for Western Sydney Motorsport’s Craig Woods and Blake Sciberras respectively. 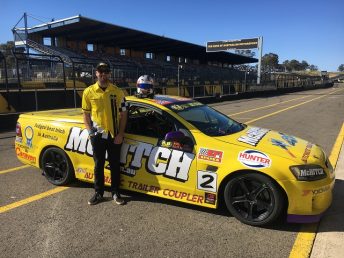 Peter Burnitt is also back in the field, while New South Wales HQ Holden racer Scott Cameron will make his debut in Richard Mork’s Commodore.

Mason Barbera, free of Dunlop Super2 Series commitments, will step back into the #17 Peters Motorsport Falcon, causing Matt Spratt to shift to the team’s #25 Ford.

Kim Jane still leads the series after two rounds despite Ryal Harris’ sweep of the most recent hit-out at Townsville.

V8 Utes will have two 20-minute practice sessions tomorrow at the Coates Hire Ipswich Super Sprint from 0925 local time/AEST and 1225.