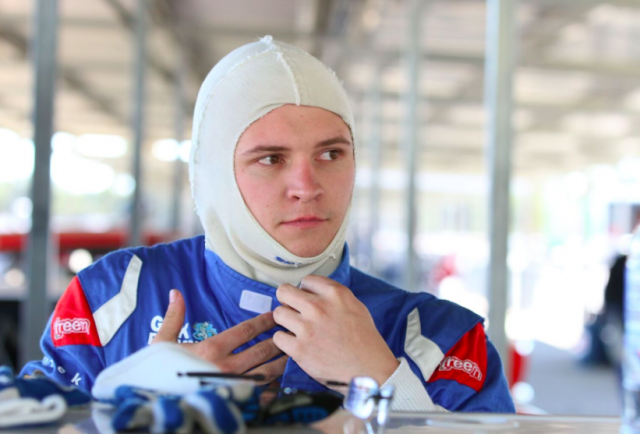 Todd Hazelwood is ready to make the most of a maiden opportunity to compete in the Virgin Australia Supercars Championship at the Coates Hire Ipswich Super Sprint this weekend.

The Dunlop Super2 Series leader is gearing up for a wildcard run at the Ipswich track aboard his Matt Stone Racing Holden Commodore.

Hazelwood admits the opportunity is a ‘dream come true’ having worked his way up the ranks to earn the right to test himself against Supercars’ best drivers.

The 21-year-old is not taking the chance lightly having undertaken a test day at Queensland Raceway last Friday to acclimatise to the new construction Dunlop super-soft tyres and twin-spring dampers, which are banned from the Super2 Series.

Hazelwood admitted the items transformed his car providing an extra challenge to understand ahead of this weekend’s race.

However, the Queensland-based South Australian is eager to cause an upset at a circuit he claims to be his second home track.

“It is a huge opportunity and fortunately we have been able to race at our local test track which gives us the best preparation for the event,” Hazelwood told Speedcafe.com.

“It is a dream come true so I’m really looking forward to what the team can achieve.

“The biggest thing for us this weekend is that we are not sure how we are going to go.

“Fortunately our preparations have been good and the car feels nice and I feel comfortable in the car.

“The test was the first time we had run on the super-soft tyre which was a huge learning experience in itself.

“We also got to run the twin spring (dampers) as we run the linear spring set up in our Dunlop Super2 Series car. We had a lot to take in but it all ran pretty smoothly.

“It was like jumping into a whole new supercar.

“When we strapped on the super-soft Dunlop rubber it took me by surprise how good the car felt straight away.

“Once I adapted to the tyre and understood the limitations we started getting to the numbers we were hoping to get to.

“I was shocked just how much grip was available.”

While admitting the meeting is a valuable opportunity to shine in front of the Supercars paddock, Hazelwood will leave Ipswich content with a solid, clean weekend.

“It is hard to pick a number (in regard to what I would be happy to achieve in the races),” he added.

“The calibre of the drivers and teams in this year’s championship is very high.

“We are going there with not too many expectations but if we can cause an upset so to speak, that would be nice. We just don’t know how we are going to go.”

Hazelwood will also jump behind the wheel of the #21 Brad Jones Racing Commodore in the additional driver practice session on Friday morning.

The outing is likely offer his first dry laps in the car he will share with Tim Blanchard in the Pirtek Enduro Cup, after a run in wet conditions at Winton in May.

“It will be the first time driving in the dry conditions which I’m really looking forward to,” he added.

“It will be handy to drive the BJR car before I drive my car in opening practice. It should give me an idea of what the two different set ups are like.”