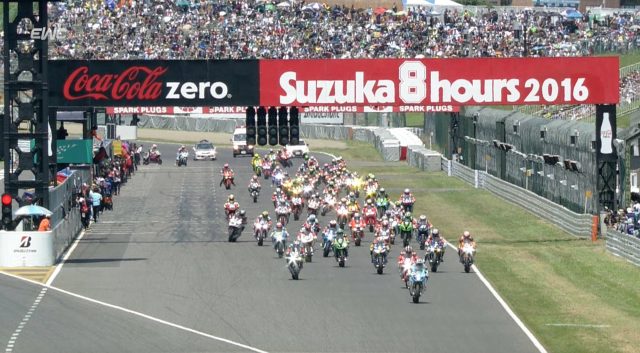 Miller will race for the factory Musashi Harc-Pro Honda team on a CBR1000RR SP2 in what will be his first start on a superbike and in an endurance race.

Ironically, the Queenslander is out of contract at HRC at the end of this MotoGP season with reports linking him to a move to the satellite Pramac Ducati team.

Hook, who finished runner-up in 2015, lines up for Team Sup Dream Honda, having joined the team for Rounds 3 and 4 in Germany and Slovakia respectively.

Damian Cudlin, currently 14th in the EWC standings, will race for the FCC TSR Honda team.

His brother Alex, who has three EWC starts to his name this season and is one position behind Damian in the riders championship, again lines up for the Suzuki Endurance Racing Team.

Hook and the two Cudlins all hail from the same town of Taree, on the NSW Mid North Coast, the former by birth and the latter two having grown up there.

Brookes, who has two Suzuka podiums to his name, will race with the Yoshimura Suzuki Motul Racing Team.

Waters is currently fifth in the ASBK title race.

West, who is ninth in the World Supersport Championship, will race in the Superstock class with the Keno Speed Yamaha Team.

The Suzuka 8 Hours is the fifth and final round of the FIM Endurance World Championship.

Practice commences this afternoon, culminating in the race on Sunday July 30.