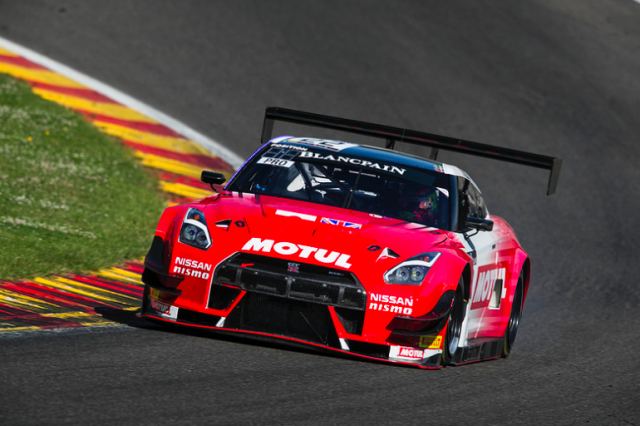 The gamer turned racer from Brisbane is gearing up for his second attempt at the iconic 24 hour GT3 race at the demanding Spa-Francorchamps circuit in Belgium.

A 66 car grid has formed for this year’s edition of the famous race.

After finishing 13th in Pro-Am class on debut, Simmons will face an even tougher challenge as he prepares to do battle in the professional class in the #22 factory Nissan GT-R GT3.

Stepping up a class this season presents a new challenge for Simmons who will face more seat time compared to last year.

Part of a four man line up 12 months ago, the Queenslander will share his GT-R with only two drivers, Struan Moore and Matt Parry.

“This is definitely going to be the biggest challenge this year,” said Simmons.

“We have been aware of this all year so the focus in training throughout and leading up to this weekend has been extremely high – to simulate the workload required for the race.

“I feel I like I am a completely different driver since my Spa debut last year. The experience I have gained is starting to show behind the wheel, I feel confident in what I can do and the team is helping me to reach that potential.”

Simmons is feeling confident ahead of the twice around the clock endurance race having finished 16th in the test day earlier this month.

The result arrived after finishing 11th in class at the Paul Ricard six hour race prior to this weekend’s highlight of the Blancpain Endurance Series campaign.

“Our official test at Spa was extremely productive,” he added.

“We really focused on getting the car well balanced in race set-up so we were doing lots of tweaks with the car and improvements throughout the day.

“It made for a busy test but always fun when you get to drive around this amazing place, especially Eau Rouge. We took a lot of data away and feeling well prepared now going into the race week.”

Simmons will be joined on the grid by countryman Jon Venter in the Pro-Am class #3 WRT Audi R8 GT3.

Track action kicks off on Thursday with free practice and qualifying, followed by Super Pole on Friday evening. The race will start on Sunday morning at 0030 AEST.