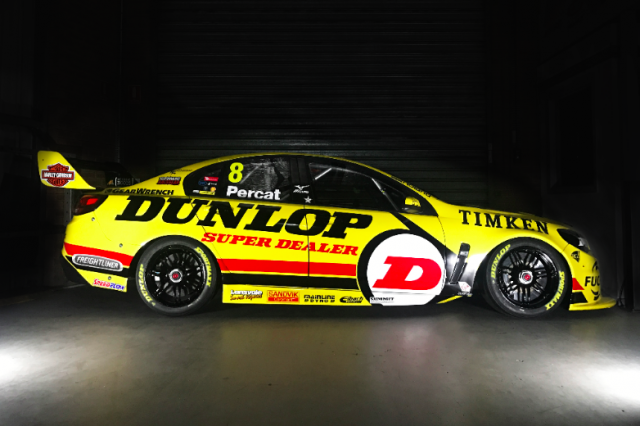 Nick Percat will run in the colours of tyre manufacturer Dunlop at this weekend’s Coates Hire Ipswich Super Sprint.

The #8 Brad Jones Racing Holden will adorn a bright yellow livery on behalf of the Supercars control tyre supplier for this weekend’s round at the Ipswich circuit.

This is the latest in a series of one-off liveries for the South Australian, who is lying 15th in the championship standings.

Dunlop has been a long term supporter of Brad Jones Racing with the firm celebrating its 16th year as Supercars’ control tyre supplier this season.

“It’s always exciting to reveal the new livery before each event. The yellow on this is really bright and bold, it definitely won’t be missed on track,” said Percat.

“We are looking forward to seeing the Nick Percat car race in our distinctive Dunlop colours at the Ipswich SuperSprint event.”

The car will be on display at the Supercars Coates Hire Community Day on Thursday between 1600-1700 at Coates Hire, 43 Lobb Street, Churchill, Ipswich. 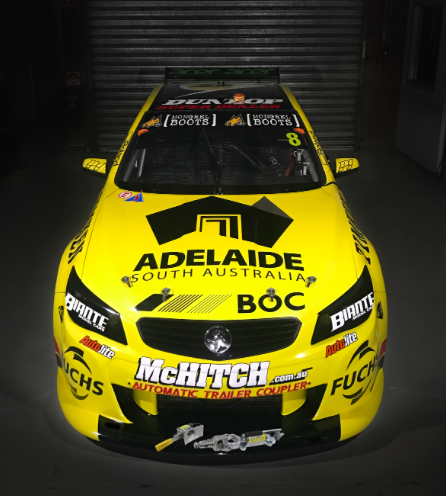