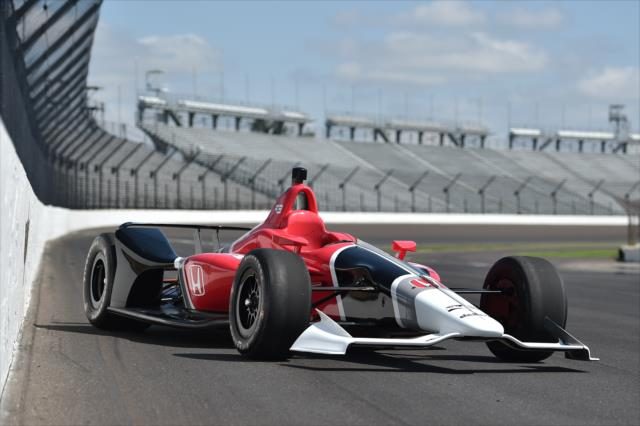 The new-for-2018 IndyCar superspeedway aero kit has appeared in the ‘flesh’ for the first time ahead of its maiden test at Indianapolis Motor Speedway.

IndyCar will revert to common bodywork regardless of manufacturer from next year, with chassis builder Dallara also announced as the supplier of the kits in June.

The new specification is said to have less downforce, with 30 to 40 percent removed from the topside but some added to the underside, relative to the current versions produced by each of Chevrolet and Honda, the series’ two current engine manufacturers.

Furthermore, 66 percent of downforce will now be generated from the underside of the car when fitted with the road course/street circuit/short oval kit, an increase of 19 percent.

IndyCar claims that the following distance on short ovals will be slashed by up to half, having recently run some new components on a current car.

Safety enhancements include increased side impact protection, while simulations suggest the car will be less likely to get airborne in the event of a spin.

Heavily simplified front wings reduce the scope for flying debris, as well as being easier to maintain.

There is also scope for the addition of a shield-style device, which may appear in testing.

IndyCar President of Competition and Operations Jay Frye hopes that the move to a universal set of bodywork will encourage other manufacturers to join the series.

“I would say we’re closer (to adding additional manufacturers) because there were some hurdles that we had,” he claimed.

“Hopefully we’ve removed the hurdles, so there seems to be more enthusiasm about the direction, and they see our five-year plan, they see where we’re going.

“That doesn’t mean they’re coming. It’s just maybe there’s now an opportunity that they could come.”

It is also expected that the new kits, which will be produced in superspeedway trim and road course/street circuit/short oval trim, will lead to cost reductions for teams.

Further tests are scheduled for August and September, with kits expected to be delivered to teams in November for their own testing from January.

CLICK HERE for a gallery of the new bodywork. 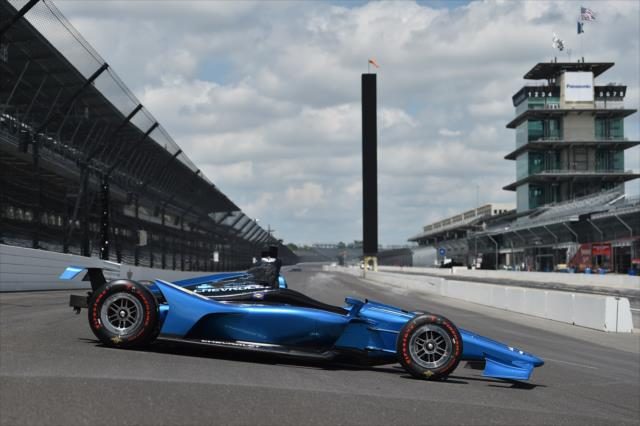 Chevrolets and Hondas will run common bodywork from 2018