Westbrook dropped back to fourth, while Dirk Werner in the #911 Porsche 911 RSR assumed second.

The pivotal moment came just shy of 50 minutes into the 2hr 40min race when Bruni had an off at Turn 1, forcing #912’s first pit stop.

Pilet was not headed thereafter, save for the second pit stops cycle, eventually crossing the finish line 14.5s ahead of the sister car.

Briscoe and Westbrook attempted to stretch to just the one pit stop in the #67 Ford Chip Ganassi GT but needed a late fuel stop, which pit Briscoe back from third to fifth.

Kenny Habul’s SunEnergy1 Mercedes-AMG finished well off the pace in 16th in GTD and 24th outright after a clash with Katherine Legge for which the Briton was penalised.

Habul did not actually race due to illness, with Dion von Moltke stepping in at the last minute to partner Tristan Vautier and turning his first laps in the car on the warm up lap.

All classes will be in action when the championship reconvenes for Round 9 at Road America on August 3-6. Thomas Randle has led the Australian charge with results of fourth and sixth in the latest round of the Formula Renault Eurocup at the Red Bull Ring.

Max Fewtrell took a maiden win after he won the race to the first corner in the opening race.

Randle inherited positions from Robert Shwartzman when the Russian made contact with Max Defourny and from Daniel Ticktum when the Briton was issued a 10s penalty.

Sacha Fenestraz held his nerve through two Safety Car restarts to win the second race, while Randle passed Defourny on the final lap.

Alex Peroni finished 14th on the Saturday after an early spin and 12th on the Sunday.

Thomas Maxwell picked up a 15th on Saturday but failed to finish the latter encounter after coming off second best in a battle for 10th.

Fenestraz has taken over the series lead with eight races across three rounds remaining, the next of which is at Paul Ricard on August 25-27. Nick Cassidy has dropped to second in Super GT after he and Ryo Hirakawa finished 10th in Round 4 at Sugo.

Heikki Kovalainen and Kohei Hirate took victory in the #1 Lexus LC500, the former setting up the race with a strong first stint before the latter survived a final lap hit with Satoshi Motoyama in pouring rain.

Motoyama and Katsumasa Chiyo finished second in the #46 Nissan GT-R after the latter carved his way from 15th to second in the opening stint.

Cassidy has taken the #37 KeePer Team TOM Lexus LC500 from 11th at the start to sixth but the car lost a lap in during two quick-fire Safety Car periods. 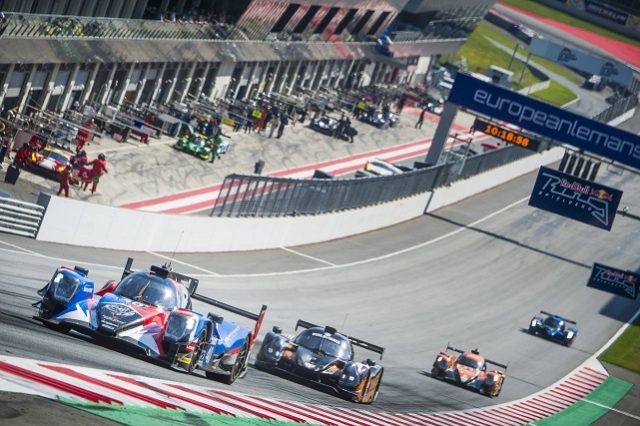 Australian James Allen has finished fourth with the Graff team in the 4 Hours of the Red Bull Ring.

Allen, Richard Bradley, and Gustavo Yacaman finished a lap behind the top two in the #40 Oreca 07 Gibson.

Ricky Capo’s #12 Eurointernational Ligier was classified 31st outright and 13th in the LMP3 class after he had nowhere to go when Jakub Smiechowski spun in front of the Australian.

The 4 Hours of Le Castellet is next up at Paul Ricard on August 25-27. Rene Rast took the Saturday race win before Maro Engel scored a breakthrough victory on the Sunday in Round 5 of DTM in Moscow.

Rast (Audi) led all the way in Race 1, but was kept honest by Mike Rockenfeller (Audi), who ultimately finished 0.8s adrift in second.

In Race 2, a Lap 1 pit stop paid dividends for Engel (Mercedes AMG) when Maxime Martin (BMW) ran off and brought out the Safety Car on Lap 6.

Marco Wittmann (BMW) effectively held the race lead but couldn’t find a way past Nico Muller (Audi), who was yet to make his pit stop, and Engel instead pounced on Wittmann on Lap 22.

The former Erebus Motorsport driver went on to win despite starting 17th.

Mattias Ekstrom (Audi) charged home and while he ran out of laps to run down Engel, a second placing was enough for the Swede to reclaim the championship lead he had lost to Rast overnight. Jason Doyle has moved into the outright lead of the Speedway Grand Prix championship after finishing second in the final in Cardiff, Wales.

Maciej Janowski won his second final on the trot and finished with the highest points haul of the night to move into second place in the championship, just three points behind Doyle.

The Novocastrian languished on just one point after his first two heats, crashing out of Heat 7, before finishing second in Heat 10.

However, Doyle won Heats 16 and 17 to make the final eight, finishing second in his semi-final, and again in the final.

“I’m really happy with performance. I did it for everyone watching in my box,” said Doyle, who is still on crutches after breaking his foot last month.

“I thought I’d be sitting out of the semis, so I’m very happy with where I ended up.”

With six rounds of 12 down, the championship moves to Malilla, Sweden on August 12.

Nick Foster and Graeme Dowsett won GT Cup class in Race 1 of Round 2 of the Asian Le Mans Sprint Cup at Sepang.

The Team NZ pair led comfortably before Dowsett had to nurse the #77 Porsche 997 GT3 home in Race 2 due to a technical problem, ultimately finishing second in class.