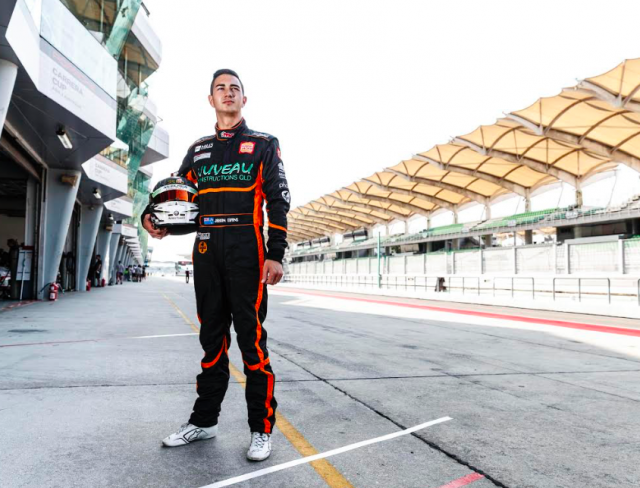 The 20-year-old has stepped up to Carrera Cup this season taking over the McElrea Racing entry which Campbell guided to the 2016 title, before landing a prize drive in Supercup this year.

After finishing runner-up in Porsche’s GT3 Cup Challenge last season, Evans has started to turn heads in his rookie Carrera Cup season, with three race wins already under his belt after clean sweeping the Darwin round.

The early success has seen comparisons being drawn with Campbell, having followed similar career paths through Porsche’s pyramid at the Queensland outfit. 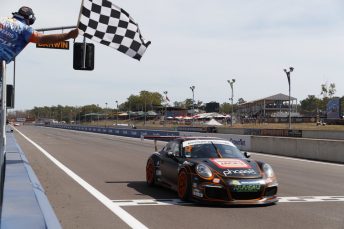 In fact, it has taken Evans less races to chalk up his first Carrera Cup win than it took Campbell in his maiden season in the series back in 2015.

Having witnessed Campbell’s rise to Europe’s Porsche Supercup this year at close quarters, Evans is inspired to follow in the footsteps of his former team-mate.

This weekend sees the Gold Coast-based driver tackle the fifth round of the season at Malaysia’s Sepang International Circuit.

“For sure, I look up to him (Matt Campbell),” Evans, who sits fourth in the championship standings, told Speedcafe.com.

“We know we have some speed and what I’m trying to do is emulate what Matty has done.

“We are quite close mates now and we talk all the time.

“What he has gone on to do this year in the Porsche Supercup is something that anyone would like to replicate.

“He has got his foot in the door and hopefully we can follow in his footsteps.

“I have aligned myself with McElrea Racing to get into Matt’s championship car of last year with the same engineer he had.

“We want to give ourselves the best opportunity to compare ourselves against Matt.

“It does give you a bit more motivation as people are expecting you to fill those shoes.

“I think we are more than capable of doing it.

“If we can do half of what he has done in the next two years we will be pretty happy.”

While Evans has set himself lofty goals, he has also adopted a measured approach to his racing to date.

The Kiwi is focussed on a career in sportscars with his next desired move being an opportunity to race in Europe. 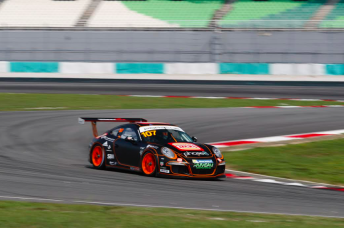 Evans in action at Sepang

“I have never been one of those kids that wants to get to Formula 1, it has always been sportscars and endurance racing,” he added.

“The ultimate goal is to get to a factory team over there but I certainly wouldn’t turn down any opportunities in a Supercar.

“We have plans to do two years in Carrera Cup here.

“If we don’t get the opportunity to go overseas (next year) we will come back and have another crack, and hopefully after that we should be able to open doors in Europe.”

Evans will be aiming to bolster his championship campaign today when Carrera Cup Australia continues its maiden overseas event at Sepang.

Speedcafe.com will broadcast all the action via a live stream service.