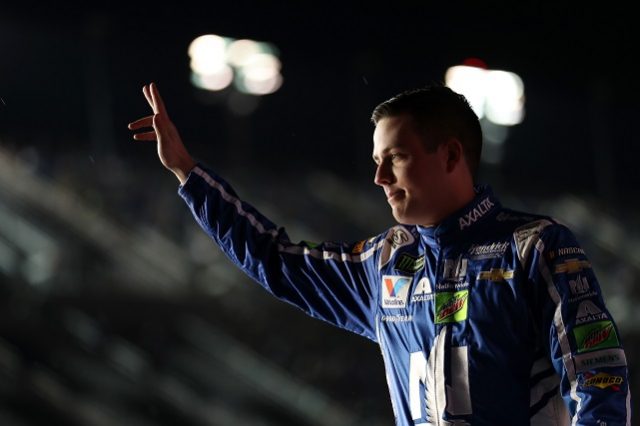 Alex Bowman before this year’s Clash at Daytona, which he qualified for by taking pole while filling in for Dale Earnhardt Jr. at Phoenix in 2016

Alex Bowman will take over Dale Earnhardt Jr.’s seat in the #88 Hendrick Motorsports Chevrolet when the fan favourite retires at the end of this season.

Bowman was one of two men to drive the car when Earnhardt was sidelined for the second half of last season due to concussion, picking up three top 10 finishes from his 10 races and a maiden pole in Phoenix.

The 24-year-old was previously a Cup Series full-timer in 2014 and 2015, and currently performs much of Hendrick’s simulator work.

Bowman also racked up seven top 10 finishes in nine appearances for Earnhardt’s own JR Motorsports team in the second-tier Xfinity Series in 2016. 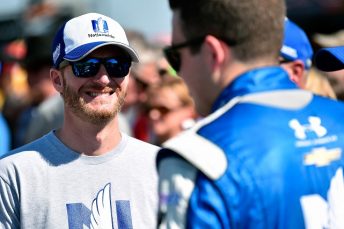 “Ever since I was a kid, racing is all I’ve wanted to do,” said Bowman.

“I’ve had so many people believe in me along the way. My family has sacrificed a lot and always been behind me.

“I would never have this chance without the support of Dale and everyone involved with the #88 team.

“To be part of Hendrick Motorsports and for Mr Hendrick to have this confidence in me, it’s just amazing.”

Team owner Rick Hendrick heaped praise upon Bowman’s performance while standing in for Earnhardt in 2016, which helped the youngster earn the drive.

“Alex impressed the heck out of us last year with his talent, poise and professionalism,” said Hendrick.

“He stepped up in a very demanding situation and showed that he can run with the best and compete for wins.

“His ability to stay focused through it all, and the way he’s handled himself since then, has shown a lot of character.

“Greg (Ives, #88 crew chief) and the team loved working with Alex, and that dynamic will get even better with more time together.”

Earnhardt announced his retirement in April, but will still drive in at least two Xfinity Series races as per a pre-existing commitment in 2018.