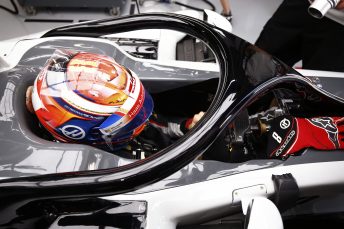 The Formula 1 Strategy Group is believed to have decided to introduce the halo device in 2018.

The halo was one of two options under consideration, the other being the shield, with the FIA insisting that either one of the devices would be introduced next year.

All teams had run the halo at least once in 2016, while Sebastian Vettel briefly tested the shield on his Ferrari during practice for the British Grand Prix.

The German complained that the shield made him feel ‘dizzy’ and quickly aborted the test.

When the matter was discussed at the meeting in Geneva, it is understood the shield was put on the backburner for now as it was felt significant further investigation was required.

Sources say nine out of 10 teams voted against the halo, but the FIA said it would become part of the regulations for 2018 on safety grounds.

It still requires final ratification by the World Motor Sport Council but this can be completed by e-vote if necessary.

Only six of the 10 teams on the grid – Mercedes, Ferrari, Red Bull, Williams, McLaren and Force India – had previously been part of the Strategy Group meetings along with the commercial rights holder and the FIA.

At the previous meeting, F1 sporting boss Ross Brawn presented the concept of inviting teams not officially part of the group to attend as observers. This is believed to have been the case on Wednesday.

Those not officially part of the group did not take part in the discussion, but were occasionally asked for their viewpoints on various subjects, including the halo vote.

It is understood much of the discussion, aside from that concerning cockpit head protection, centred around ways to improve the overall F1 show with several ideas put forward for investigation before the next meeting.