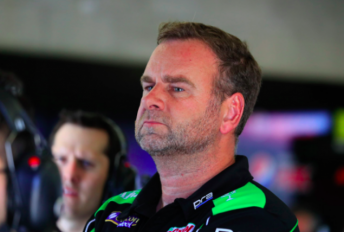 The appointment represents another administrative role given his status as a member of the Supercars Commission.

Edwards already has a connection to motorcycling due to his sons’ involvement in offroad racing, and notably missed PRA’s 200th Supercars event in Townsville due to their participation in the Hattah Desert Race in Victoria.

“I’ve always had a passion for two wheels, riding myself when I was a kid,” said Edwards.

“Obviously I haven’t been able to ride as much as I used to these days, but I’ve always maintained the interest and love of bikes.

“Both my boys race motocross, so that consumes a fair bit of my time, aside from my commitments in Supercars.

“I’ve always been around the industry for decades and I’ve got a real passion for the sport.

“The opportunity arrived for the position on the MA Board, and I thought I could make a contribution.”

Between his time working for the Jordan Formula 1 team and PRA, Edwards was also briefly a special advisor to the Melbourne 2006 Commonwealth Games.

Also announced as appointees to the MA board were technology executive Steve Joslin and former CSIRO executive Roy Chamberlin.