Upgrades on the horizon at HSV Racing

Upgrades on the horizon at HSV Racing 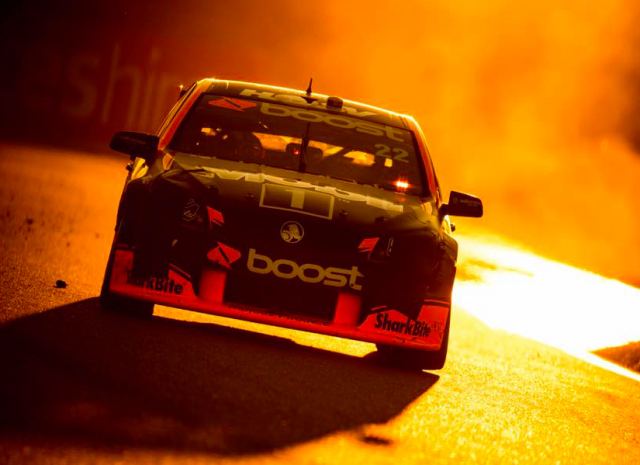 James Courtney has indicated significant upgrades are in the pipeline for Mobil 1 HSV Racing’s Holden Commodores as the team bids to return to the sharp end of the Supercars grid.

The Clayton squad has endured a tough start to the 2017 season with both its Commodores severely lacking car speed, which has seen Courtney and team-mate Scott Pye struggle to break into the top 10 this year.

Courtney’s ninth place finish on Sunday at Townsville was his first top 10 since the season opening Clipsal 500 in March.

The 2010 Supercars champion has been frustrated by the situation as he sits 20th in the standings two places behind Pye.

Coupled with the lack of pace, the team is undergoing a restructure following the sacking of team principal Adrian Burgess in May.

However, after a difficult first half of the season Courtney is excited by the arrival of updates, with some tweaks expected in time for the Coates Hire Ipswich Super Sprint (July 28-30).

The team has abandoned plans to head straight from Townsville to Ipswich and will instead return to its Melbourne workshop.

“We have got some big things that are coming, there has been a light switched on whereas before we have been in the dark bumping into each other a bit,” Courtney told Speedcafe.com of the updates.

“We come away from each weekend thinking we have made some gains. Street circuits have been kind to us in the past but going back to a permanent circuit we are going to be suffering from the stuff we have been suffering from previously.

“We are constantly working and trying to evolve and fix that. Hopefully we can have a few cheeky little upgrades to battle the dramas we have got, and we will continue developing and testing.”

Team owner Ryan Walkinshaw says his team is evaluating all of its options to improve the current package.

He admitted in interview with Fox Sports earlier this year that the operation would consider aligning with other teams for certain components such as front suspension.

“We are working on different solutions to the find some additional car speed,” Walkinshaw told Speedcafe.com when asked about the upgrades at last weekend’s Townsville 400.

“We are evaluating all sorts of options and we are targeting what we want to do.”

While the season has only reached its halfway point, Courtney admits the squad’s main focus is to be competitive for the Pirtek Enduro Cup.

“We are getting everything in line so we have things in place to have a really competitive package and really start building for next year, as this year is a write off.

“We are willing to throw quite big risks at the car to develop and help it, to get a good direction.”

Meanwhile, the search for a candidate to take up the team principal role following the sacking of Burgess continues.

Walkinshaw confirmed in May that a worldwide recruitment drive is being conducted for a successor while Mathew Nilsson was installed as interim team principal.

At the time of the announcement Nilsson was among the possible options should the team elect to promote from within.

Walkinshaw has been pleased by how the squad’s GT3 boss has adapted to leading the team after witnessing last weekend’s races in Townsville.

“Mat has taken to it like a duck to water and we are very happy with what he is doing,” Walkinshaw added.

“He is doing everything he needs to do and doing it well, which is all we can ask.”