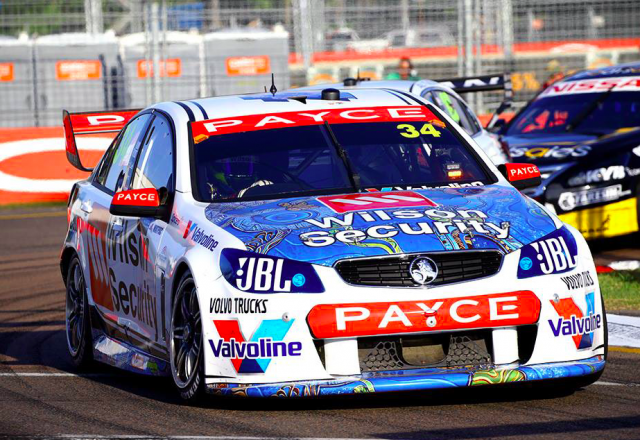 James Moffat is delivering his best season yet since graduating to Supercars according to Garry Rogers Motorsport director Barry Rogers.

The 33-year-old has quickly adapted to the new GRM Holden Commodore this year which has been highlighted by a string of impressive performances that has helped him to 11th in the standings.

After a difficult year adopting to the Volvo S60, Moffat has finished inside the top 15 in eight of the 14 races this season, chalking up his fourth top 10 of the season in Townsville on Sunday.

His season results could have been boosted had he not suffered a puncture while on course for a solid top 10 in Race 12 in Darwin.

Rogers believes his driver is much better suited to the Commodore which has been reflected in his performances.

The results have also arrived with Moffat in the final year of his current contract at GRM.

While the team is not expected to discuss future contracts until later in the year, Rogers says he is ‘more than satisfied’ with his display.

“As soon as he found the window with it (the Commodore) he immediately felt more comfortable with it than the Volvo, and it is certainly showing with his driving,” Rogers told Speedcafe.com.

“I think on performances it is his best year he has had in Supercars.

“He has had a couple of things that have not gone his way like in Darwin with the puncture. He is certainly having a very good season.

“It (driver contracts) is normally something we look at later in the year.

“The Garth Tander contract didn’t really happen until after Bathurst, so we like to sit down later in the year to talk about these things.

“I think there will be more drivers looking for a drive than drives available. In terms of the driver market there might be a few drivers available, but I’m certainly not disappointed with the way Moff has gone.

“We will see how that all unfolds as the year goes. We are not unhappy with him at all and we are more than satisfied with how he has driven so far this season.”

Looking ahead to next season, Rogers says the team is due to discuss its position regarding the new Commodore package being developed by Triple Eight ahead of the 2018 campaign.

“Our immediate thought is we will just march on with what we have got at this stage,” added Rogers.

“There would be no real reason for us to change but if there was some assistance to change, then that is something we will consider.

“We certainly wouldn’t go out and invest the money ourselves to make a change.”

GRM is currently sitting fourth in the teams’ standings with Garth Tander eighth and Moffat 11th in the drivers’ championship.

Previous Story Upgrades on the horizon at HSV Racing