Webber: Campbell has world at his feet

Webber: Campbell has world at his feet 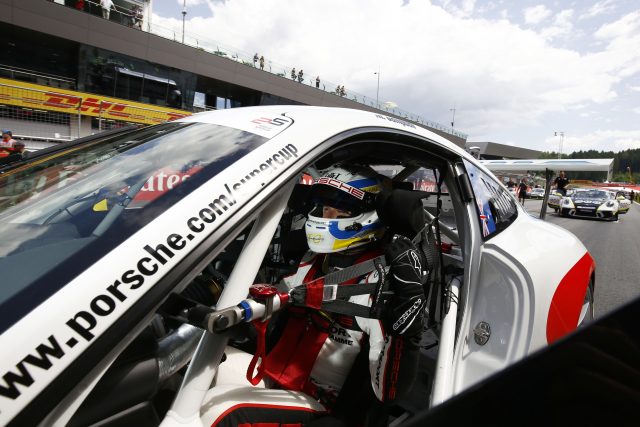 Matt Campbell on the grid in Austria

Known for the generosity of his time for young talent, Webber made the effort to watch Campbell’s race from his pit box at the Red Bull Ring in Austria and was full of praise for the boy from Warwick in regional Queensland.

A former Porsche sportscar driver and now international ambassador for the German marque, Webber believes Campbell is prepared to do what it takes to make it.

“It’s all about the work ethic and work rate,” Webber told Speedcafe.com

“You can never do enough, you have to keep going.

“It’s about how you put your energy into the program because you only drive the car about two percent of the time.

“The other 98 percent of the time there are a lot of distractions and other things you can get yourself hooked up in, but hopefully he is handling that well.” 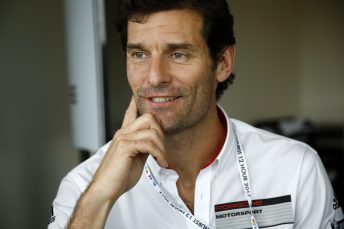 Webber is providing plenty of advice to Campbell

Webber is in regular dialogue with Campbell and has made plenty of personal observations.

“He (Campbell) is very fast and I also like the mental temperament as well,” said Webber.

“This is brutal in terms of how competitive it is here. He has done a great job immersing himself in how he should be doing it. There are so many little tricks over here.”

As you would expect, Webber believes the support of Porsche is an enormous asset that needs to be capitalised on.

“He (Campbell) went through the mill with the scholarship program and smashed that in a positive sense,” said Webber.

“It is all building blocks and this is the next one.

“They (Porsche) are watching. They have a lot of drivers, they know the equipment well in regards to who has what.

“It is obviously tight because it is a one make category.

“The good thing about Porsche is that they are not geographically sensitive.

“If someone is flying they love their products being put on the limit and it doesn’t really matter where you are from, we have seen that with a few guys from our neck of the woods.”

Webber said that the next 12 months would be vital in Campbell’s career. 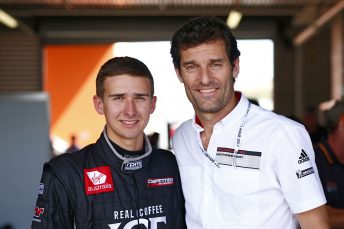 Campbell with Webber at the Bathurst 12 Hour

“There is a lot going to happen in the next eight to 12 months,” said Webber.

“He just has to keep his nose down, work it hard.

“It is also a great shop window for him that Porsche have given him.

“Who knows where Matty Campbell is in two or three years with Porsche behind him believing that he can do it.

“It’s over fast. These opportunities go really quickly. Some guys think they have a couple of years at it, but it is not like that.

“He is in a sensational place.”

Campbell enjoys having an “open line” to Webber and is not scared to use it.

“I think that is 100 percent correct,” Campbell told Speedcafe.com, when told about Webber’s comments in regards to work ethic and what he would need to do to “make it”.

“Obviously motorsport in Europe and worldwide is a very tough game and if you don’t work hard enough it can easily creep away from you.

“Thankfully at the moment I have a fantastic opportunity with Porsche and the Junior Development program.

“I want to make the most of that and continue with Porsche. That’s my goal and my aim.

“Obviously for that to happen it is going to take a lot of hard work and time.”

Campbell is nothing but grateful for the interest that Webber has shown in his career to date.

“He has been there and been in my position and he knows what he is talking about,” said Campbell.

“I really like Mark and I have asked him a bit of advice in past and he has been really helpful.

“He is always there on the other end of the phone if I need to ask him anything and he has told me that multiple times.

“He has been in Europe and been there and done that so anything about my career he will know what to do and make a suggestion for me.

“I am going to make the most of that relationship in the future for sure. And I guess being an Aussie helps.”

Campbell will continue with race five of the Porsche Mobil1 Supercup at Silverstone in the UK next weekend, where Webber will again keep a watchful eye on him.