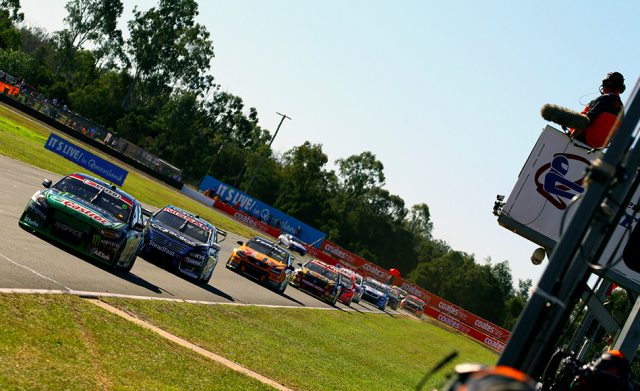 Queensland Raceway has inked a new deal with Supercars

Queensland Raceway has confirmed a new three-year contract to remain on the Virgin Australia Supercars calendar until at least 2020.

A new agreement between owners Queensland Raceway Operations and Supercars was concluded today after terms were initially agreed ‘some weeks ago’ according to an announcement on the circuit’s website.

The 3.12km Ipswich track has been a mainstay on the Supercars calendar since it opened 1999, but its future on the calendar had been in doubt having penned a one-year extension for 2017 last year.

In addition to the deal a further three-year option has been discussed.

The circuit was the subject of a proposed $220 million major upgrade for the Willowbank motorsport precinct last year funded by Queensland State Government.

A detailed masterplan of the upgrade which included a $25 million track extension was funded in February.

“This contract puts Virgin Australia Supercars in the position it needs to be to conclude its arrangements with the Queensland Government and the Ipswich City Council for the Willowbank round,” said Supercars CEO James Warburton.

“Our Queensland teams are looking forward to exploiting their hometown advantage and, being the round to follow Townsville, it means we get to enjoy Queensland’s beautiful winter climate just that much longer.”

Queensland Raceway CEO John Tetley says the three-year option to extend the arrangement beyond 2020 could be agreed well before the end of its new deal.

“Whilst we are not looking to finalise that contract (an option for a further three years) just yet, we expect it will be ratified well before the end of the current term,” said Tetley.

“It is obviously in nobody’s interest to keep running from year to year with no guarantee of continuity on either side pushing everyone to stressful last minute discussions.”

The announcement sees the 2018 calendar take shape as the schedule looks set to expand from 14 to 16 events.

An agreement with the teams permits a maximum of 17 events for a championship season.

The Australian Formula 1 Grand Prix will become championship round next year, while South Australia’s The Bend Motorsport Park appears set to be added to the schedule with an August date expected.

Supercars is also continuing its push into Asia with talks conducted with owners of Malaysia’s Sepang International Circuit, with a possible appearance at the Singapore Grand Prix event also reported.

The full 2018 calendar is expected to be revealed in September.