Power on IndyCar pole in Iowa

Power on IndyCar pole in Iowa 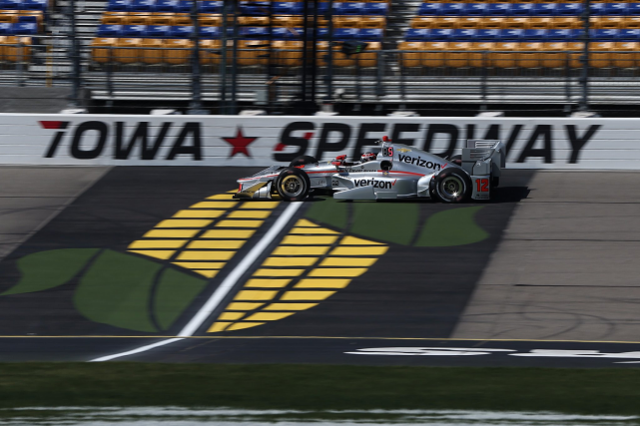 Will Power has benefited from being last car out as he took his 48th IndyCar Series pole in qualifying for the Iowa 300.

Hildebrand had got around the 0.875mi tri-oval at an average speed of 183.811mph (295.815km/h) despite a wiggle between Turns 1 and 2, bouncing back from a practice crash in the morning to go fastest of the first 11 drivers.

Takuma Sato was the fastest Honda, fifth for Andretti Autosport.

The two other Team Penske Chevrolets of Simon Pagenaud and Josef Newgarden, and Chip Ganassi Honda driver Scott Dixon are much further back than they would have liked after being the first three out in qualifying.

Carlos Muñoz failed to set a time after hitting the wall during qualifying in his AJ Foyt Chevrolet.