Ryal Harris has converted pole position into an easy win in Race 1 of Round 2 of the V8 Ute Racing Series.

Harris and Kim Jane made a fairly even start when the lights went out but it was the #58 Bushranger Falcon that moved into the lead on the inside at Turn 2.

From there, the three-time series winner pulled away as Jane (#27 Bob Jane Commodore) initially came under pressure from Craig Dontas (#45 GJ Gardner Commodore).

The former AUSCAR driver eventually shook off Dontas, but not before Harris had established a margin which peaked over three seconds.

Peter Ward had a spirited battle with the man who drove his #44 Ward Demolition Commodore last time out, Matt Spratt (#17 IOR Falcon).

The pair swapped positions and leaned on each other several times during the 11-lap race before Ward came unstuck when he attempted a big under-brakes move at Turn 11 and spun.

Round 2 concludes with two more races tomorrow at 0855 local time/AEST and 1240. 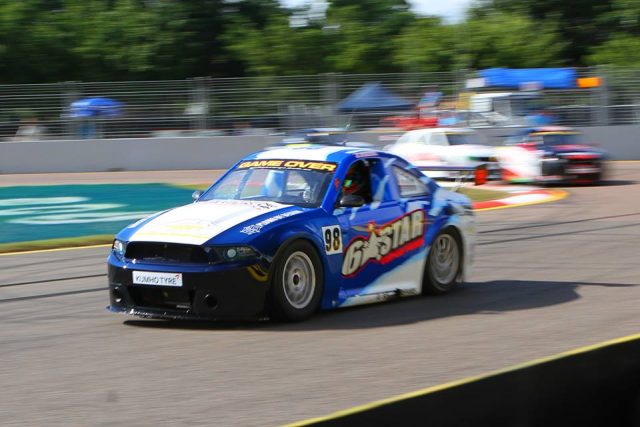 Jaie Robson has won two more races before Peter Carr got a win on his return to the category on a busy day as part of Round 4 of Aussie Racing Cars.

In Race 1, Kel Treseder led away from pole before Robson soon took over the lead.

The Safety Car was soon required when Ian Chivas spun at Turn 10 and couldn’t restart, with Townsville teenager Madison Dunston pinballing into the wall as she attempted to avoid the incident.

Robson lost the lead to Carr when he missed a gear at the restart, before another Safety Car when Craig Thompson spun due to contact with Charlotte Poynting and Grant Thompson crunched into his stranded brother.

Robson made amends on the second restart to lead Carr and James Duckworth home in his 6 Star Custom Paint car.

Race 2 was a cleaner affair which Robson led all the way.

Treseder, who had a gearbox problem in Race 1, and Uebergang, who was taken out on the final lap of the opener, provided the highlights as they drove from deep in the field to fifth and seventh respectively.

A reverse top 15 put Jeff Watters and Poynting on the front row for Race 3, Watters taking advantage while debutant Josh Anderson quickly moved up to second.

However, Anderson turned Watters around at Turn 11 before the first lap was out, with Poynting bumped into the wall as both she and Cobi Rontaunay tried to sidestep the sideways car #96.

That left Chris Stevenson in the lead under Safety Car, but he was shuffled back shortly after the restart as Carr took over the lead in his Erina Fair Medical Centre entry.

Carr, Treseder, and Uebergang finished in the top three after the latter two again made up bulk positions, during the opening laps.

Robson retired with a mechanical issue.

Carr and Craig Woods will share the front row for tomorrow’s final race, from 1140. 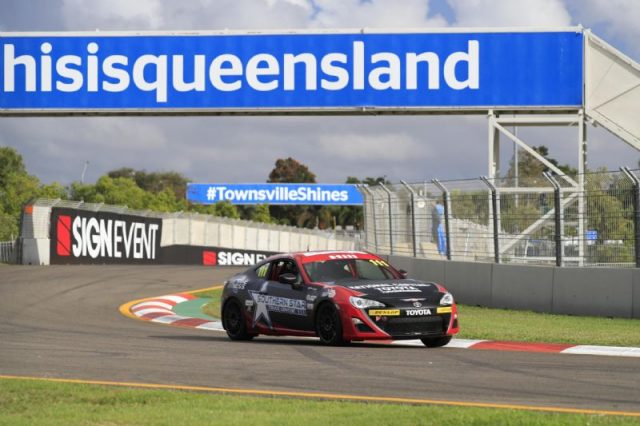 Cameron Hill has carried his Friday practice form into Saturday with a thumping Race 1 win from pole position.

Hill (#111 Southern Star Truck Centre) was the fastest qualifier by 0.76s and bolted to a 2.3s lead on Lap 1 as Aaron Seton eventually completed a pass on Jimmy Vernon, which started before Turn 3, at Turn 13.

However, Hill was good for the margin and built it lap by lap to an astonishing 13s by the end of the 12-lap affair.

The winning margin, like his qualifying margin, was the largest in the series’ short history.

Points leader Vernon regained second position on Lap 3 and stayed there for the balance of the race, with Seton third.