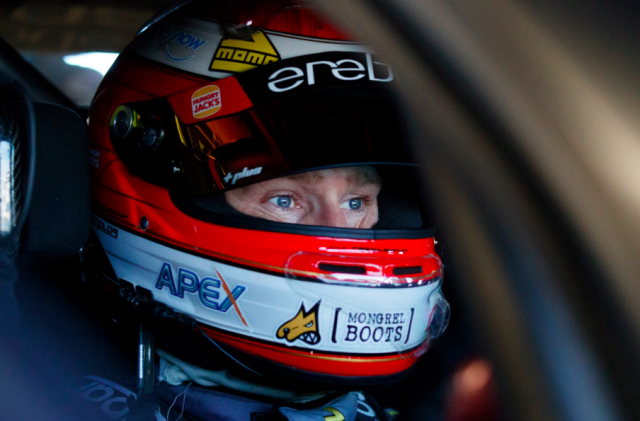 David Reynolds has signed a new deal keeping him at Erebus Motorsport next season.

The 32-year-old had been expected to extend his stay at the Melbourne squad after joining the operation last year following a four-year stint at Prodrive.

Contract negotiations were concluded at this weekend’s Watpac Townsville 400.

Reynolds says he never considered moving away from the team after claiming that he has never been happier in his current environment.

The length of the contract has not been confirmed.

“I was always happy, it is not a new story, I wasn’t going to go anywhere else, I wasn’t talking to anyone else,” Reynolds told Speedcafe.com.

“I’m happy with where I am. I have never enjoyed my sport more than I have being with this team.

“I’ve been at a few teams and I have never enjoyed it as much I am now.

“The length of the contract doesn’t matter because hopefully I will be here for a long time.”

Reynolds is enjoying a standout season in the Erebus Holden lying eighth in the standings after scoring seven top 10 finishes.

“We have just found a good direction over the course of the year and we have just run with it,” he added.

“Every time we got to the track Alistair McVean (engineer) comes up with more ideas and we try it.

“We are not reinventing the wheel, we are just being methodical about the whole thing.”

Reynolds kicked off the Townsville weekend with a strong display in practice which began by topping the times in Practice 1, before finishing sixth in the final 40 minute outing.