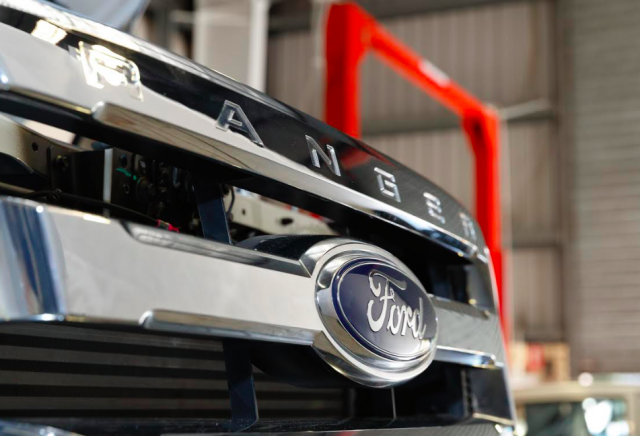 Prodrive Racing Australia is considering involvement in the new SuperUtes Series which is set to launch next year.

The new turbo diesel dual cab Utes category is set to take over from the V8 Holden/Ford platform in 2018, with plans well underway following the unveil of the first two completed SuperUtes at Townsville.

Six Ute models have been homologated for the Supercars run series, including the Ford Ranger and Mitsubishi Triton, which were unveiled on Thursday.

Supercars powerhouse Prodrive is particularly keen on the new category with the Ford Ranger a key part of its Tickford road car automotive aftermarket business. 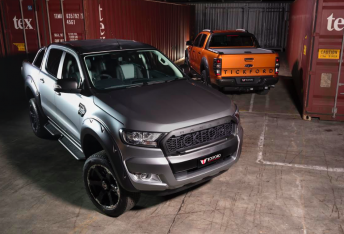 Yet to confirm any plans, team co-owner Rod Nash says involvement in the series makes sense, with the possibility of running a full SuperUtes Series program alongside its Supercars and Dunlop Super2 squads among its options.

“We will have to be involved (to some degree) no question one way or another,” Nash told Spedcafe.com.

“It makes sense on two fronts. One front is our Tickford business but the other front, like Dunlop Super2, is it is going to be a great support category for the main game.

“It is very relevant for the marketplace as the Utes market is advancing and a lot of people will relate to it.

“We could (have a utes team join our Dunlop Super2 Series and Supercars team) but that is not something we have decided.

“There are different ways of doing it through third part arrangements, where you are behind it in a full engineering and services supply network capacity.

“We might be full 100 percent hands on with it, we might just be arranging it as a subsidiary.

“We have got to continue to keep our eye on the main game, but there are ways and means of operating other businesses and when they make sense to the category.

“Utes now in our format, and being part of the Supercars family, is going to take it to a whole new level. I’d suspect that quite a lot of teams will be looking at becoming involved.”

While Prodrive has revealed its interest, competitors are beginning to commit to the series.

Ross Stone, who has been enlisted by Supercars to help develop the category, is aiming to run three SuperUtes with one Ford Ranger set to be driven by Christopher Formosa.

The Sieders Racing Team has confirmed it plans to run multiple entries, including Craig Dontas and the Mitsubishi Triton, while three-time V8 Utes Racing Series winner Ryal Harris will join the grid in a Mazda BT50.

Toyota is also set to be represented by Western Sydney Motorsport, who have confirmed at least one Hilux to join the series.

The team, owned by Craig Thompson, plans to field Craig Woods in the entry.

“WSM’s committed at this stage to run one Toyota Hilux, with potential plans to run a second,” Thompson told Speedcafe.com.

“We’re confirmed, we already have the first Hilux that’s currently being homologated.

“It’s getting its race internals prepared and made right now so hopefully, fingers crossed, we’ll have our hands on it within the next month or so.”

Supercars has confirmed track testing of the the new SuperUtes is expected to begin within the next four weeks.

The production-based vehicles will be fitted with a $60,000 control kit of components which has been developed by Pace Innovations.