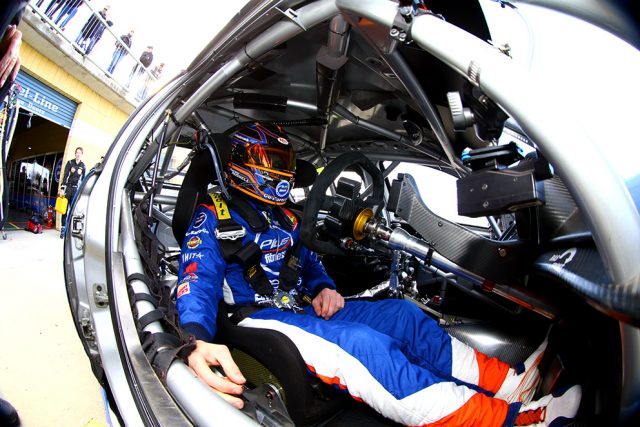 Lucas Dumbrell Motorsport has confirmed that Aaren Russell will take over the #3 Commodore at this weekend’s Watpac Townsville 400.

The Melbourne squad had been forced to search for a last minute replacement after Cameron McConville elected to stand down from his driving duties.

McConville had been set to drive the entry at Townsville and was likely to drive beyond this weekend’s event before reassessing his situation due to his increasing workload running the Zagame Motorsport operation.

LDM has issued a statement to confirm Russell’s appointment as McConville’s replacement.

The 24-year-old is a familiar face at the squad having driven the #3 Commodore during last year’s Pirtek Enduro Cup alongside Andre Heimgartner.

Russell has driven the car this year after taking part in the pre-season official tyre test at Sydney Motorsport Park in February.

The Novocastrian graduated to the Supercars championship last year with Erebus Motorsport before splitting with the team after seven events.

A report on the championship’s offical website states Russell has secured a three event deal that will see him contest Townsville, Bathurst and the Coates Hire Newcastle 500 season finale.

Russell had attempted to secure a deal with LDM earlier this year but talks broke down before the Clipsal 500 season opener in March.

A move to create his own team failed to secure the necessary backing.

However, Russell will now return to the championship at the Watpac Townsville 400, which begins on Friday.