Tickford has partnered with Allan Moffat to launch a limited edition road going Ford Mustang to commemorate the 40th anniversary of the famous 1-2 at the 1977 Bathurst 1000.

The Ford automotive aftermarket company, aligned with Prodrive Racing Australia, has crafted a special version of the Mustang that pays homage to the Ford Falcon XC Hardtops Moffat and team-mate Colin Bond drove to a famous Mount Panorama victory 40 years ago.

The Tickford Bathurst ’77 Special features a modern interpretation of the red, white, blue and black livery used in 1977.

A raft of unique components have been engineered into the car including a high performance supercharger that has been fitted to the car’s five litre V8 engine.

The Mustang will also feature a bespoke interior.

Fittingly only 77 will be put into production with each fitted with a numbered build plate.

“This year is a significant anniversary in Australian and Ford motorsport history and while it will be celebrated in many ways, we are privileged to be working with Allan Moffat to create a modern V8 hardtop that pays tribute to his famous winning machine,” said Tickford CEO Tim Edwards.

“We wanted to give fans that either witnessed the famous 1-2 live, or have come to appreciate the supreme effort after the fact, the chance to own a unique vehicle that has been developed in conjunction with the man that made it happen.

“The fact Allan endorses the program and has worked with our project team from initial concept stage to provide input into the Mustang’s development only adds to its status.”

“It is hard to believe it has been 40 years since Colin (Bond) and I finished 1-2 at Bathurst but while I recall the race as if it were yesterday, it is nice to know it holds such a special place with so many people all these years on,” said Moffat.

“The team at Tickford have done a very thorough job coming up with a modern interpretation of my 1977 XC Hardtop.

“While the Falcon has sadly been consigned to the history books, the Mustang was always one of my favourite cars to race and I had considerable success in them. Ford have done a great job with the latest one.

“These guys know what they are doing and it shows in this special edition.”

Potential buyers can express their interest in the car by emailing [email protected].

Meanwhile, Prodrive confirmed this week that its Mustang Supercars program is on hold having committed to running Falcons next year. 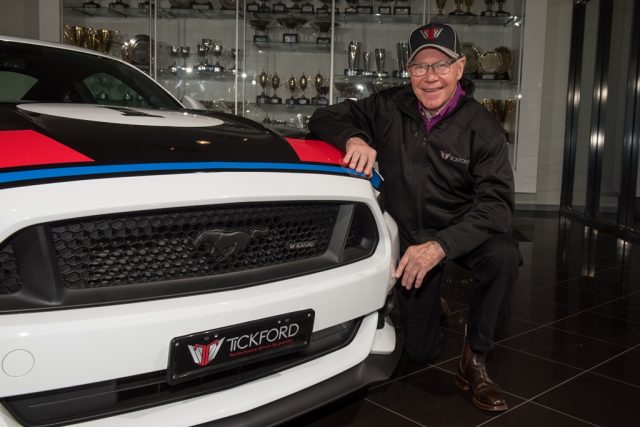 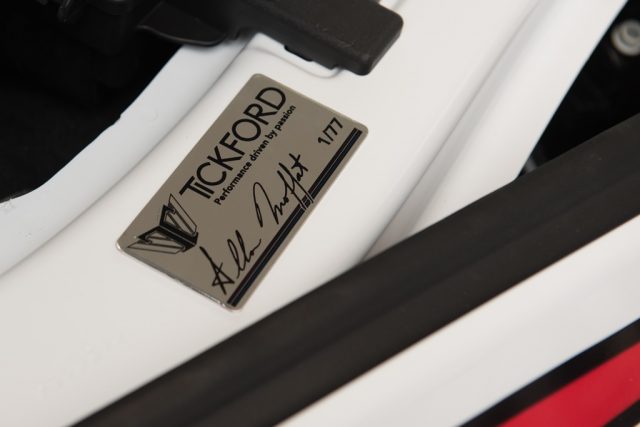