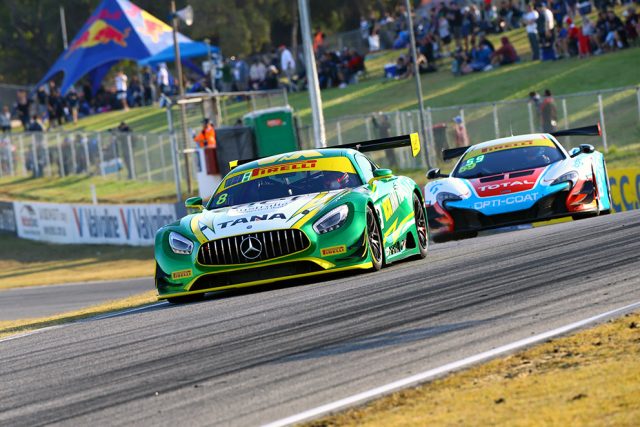 GT cars can now compete in events outside of Australian GT

The Confederation of Australian Motor Sport (CAMS) has rescinded a ruling which prevents GT3 and GT4 machines from competing in events outside of Australian GT.

CAMS has moved to remove the ruling after calling an emergency meeting to the review the decision, as previously reported by Speedcafe.com.

The directive in question sparked widespread criticism from GT competitors, triggering a group to consider taking legal action against the motorsport governing body.

Challenge Bathurst event director James O’Brien also planned to appeal the decision after the ban prevented cars from competing at his event.

CAMS claimed the the ruling, which prevented GT machines from participating in state-level meetings, was designed to protect GT racing and grassroots motorsport.

CAMS CEO Eugene Arocca has since released a statement confirming the immediate removal of the directive.

The organisation will now seek consultation with stakeholders and competitors to asses the best way to develop GT racing in Australia.

“Last night, the CAMS Board met to discuss the GT vehicle classifications,” read a statement from Arocca.

”The Board initially met on 14 June, discussed the matter and sought further information before meeting again last night.

“CAMS has determined that the document issued on the 5 June, 2017 dealing with the classification of GT vehicles is rescinded with immediate effect.

“This decision reflects the general principle that mid-season changes to sporting regulations should only occur where safety is an issue.

“CAMS will now further canvass and consult with all affected stakeholders, including the GT Championship organisers, drivers and vehicle owners to determine the best way to develop the GT and Sports Cars categories at all levels in Australia.”