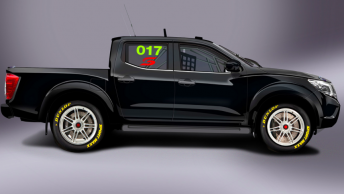 The first SuperUtes will be revealed

Supercars will unveil the first two examples of the new SuperUtes at the Watpac Townsville 400 on Thursday.

Designed to be more in line with current Ute trends, the series was set to host its maiden round this weekend before organisers elected to postpone plans for 12 months.

The launch will see two of the six homologated models unveiled, namely a Ford Ranger and Mitsubishi Triton which have been prepared by Gold Coast firm Pace Innovations and Ross Stone Racing.

Supercars’ hall of famer Ross Stone has been enlisted by Supercars to help advise the category.

Stone is also set to field three Utes in the series next year with a program well underway at his old Stone Brothers Racing workshop, according to report by Supercars official website.

A naming rights partner for the series along with the calendar is set to be announced alongside the full reveal of the SuperUtes technical specifications.