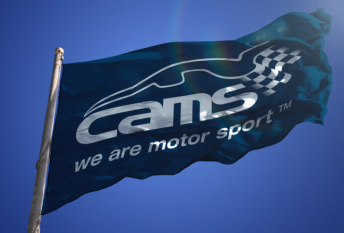 The Confederation of Australian Motor Sport has issued its financial report

The Confederation of Australian Motorsport is reporting record high revenue following the release of its 2016 financial report.

The report from the Australian motorsport governing body has revealed that the CAMS group generated $21.3 million revenue last year, which translates into a 6.5 percent increase relative to the prior financial year.

The body states the number of licence holders, permitted events and affiliated clubs has risen for the fourth consecutive year.

“This result is great for motor sport in Australia; with the CAMS group in a strong financial position, we can continue our investment back into grass roots motor sport without impacting the financial status of the organisation,” said Arocca.

“This means great initiatives such as the ‘Club Development Fund’, which awards grants to CAMS affiliated car clubs to run events to attract new people to motor sport, can continue to grow.

“The 4.8 percent growth we experienced in licence holders in 2016 was positive; even more pleasing was the fact that this growth was shared across all licence categories, including rally, off road, circuit and speed/non-speed licences.

“Our number of CAMS affiliated car clubs grew to 561 and we permitted over 2,300 motor sport events throughout the year; speed events and road and rally events experienced the greatest growth, both up by over 12 per cent on 2015.

“We also know that in 2016 we had 83,631 CAMS affiliated car club members; this is a 10 per cent increase on 2015 and is a great result because ultimately CAMS’ mission is to have more people enjoying more motor sport.”

The report arrives while CAMS is facing potential legal action from a group of GT competitors following the launch of a new directive to ban GT3 and GT4 cars from competing in events outside of Australian GT meetings.

The decision was designed to safeguard GT racing while benefitting grassroots motorsport.