Supercars revert to 2016 tyre for Bathurst

Supercars revert to 2016 tyre for Bathurst 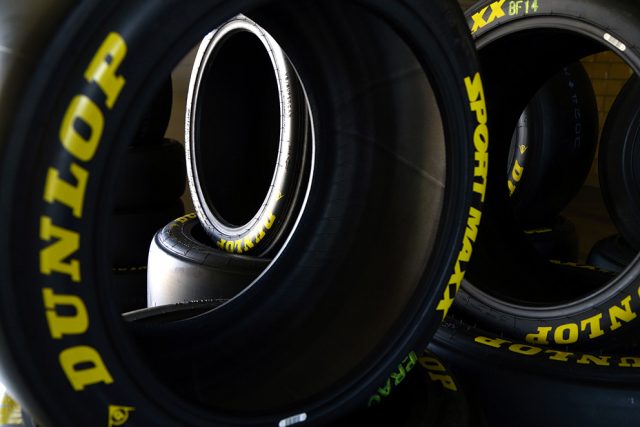 The Supercars field will use last year’s specification Dunlop tyre at the Supercheap Auto Bathurst 1000 to ensure the championship avoids a repeat of the failures witnessed at Phillip Island this season.

The decision arrives following a spate of failures with the new 2017 construction soft compound control tyre at Phillip Island, which was set to be used at Mount Panorama in October and the visit to Pukekohe in November.

Since Phillip Island, Dunlop has been conducting extensive work at its base in Kobe, Japan to find a solution to the failures, which were caused by a build up of heat in the tyre sidewall.

It is understood aggressive camber settings used by teams influenced some of the failures.

Supercars considered recommendations from Dunlop before electing to push ahead with the 2016 tyre, which will now be used at Bathurst (October 5-8) and the ITM Auckland Super Sprint (November 3-5).

Dunlop has given the green light for 1,400 tyres to be put into production for the Mount Panorama showpiece event.

“It is just a decision we made as a group to go with something we know until we learn more about it (the 2017 tyres),” Dunlop Australia boss Kevin Fitzsimons told Speedcafe.com.

“We are learning lots on the super soft tyre but the harder (soft compound) tyre needs more miles.

“We are working with the category and this was a solution that was put forward.”

Fitzsimons has confirmed that Dunlop plans to test a new specification soft compound tyre designed for 2018 at Phillip Island later this year.

The tyre in question is understood to be a modification of the version used this season featuring a countermeasure to ensure it is stronger under high loads.

A date for the test is yet to be secured.

“It is just a matter of when the factory can make some test tyres and when we can get the circuit,”  he added.

“That sort of thing is hard because the circuit is available on three occasions when we are away at other race meetings. It is difficult not only for us but also for the teams.”