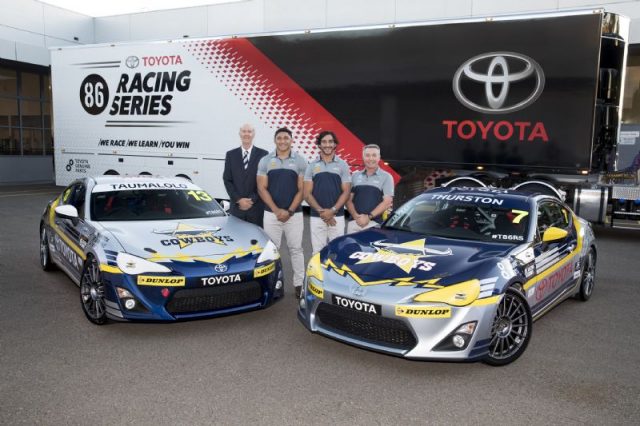 Alex Davison and Dean Canto will be the invited drivers for Round 2 of the Toyota 86 Racing Series in Townsville, with Steve Owen serving as mentor.

Davison and Canto headline a 29-strong field for the series’ first visit to Queensland, racing in the colours of local, Toyota-sponsored National Rugby League team the North Queensland Cowboys.

All three have previous experience from the inaugural season of Toyota 86 in 2016, with Owen and Canto running as invited drivers at Sydney Motorsport Park and Davison at Sydney Olympic Park.

Toyota has tweaked the invited driver feature for the second season of the Australian series, with two invited drivers and a non-driving mentor attending each round, after running three invited professionals at each round in 2016.

Warren Luff and Jason Bargwanna were the invited drivers for Round 1 at Phillip Island in April, the former becoming the first to win a race in the series, with Leanne Tander serving as mentor.

Jimmy Vernon leads the series after winning the first two races at Phillip Island and finishing runner-up to Luff in the third.

“We’re leading the series, but we’re not getting ahead of ourselves,” said Vernon.

“It’s a very competitive series and everyone is pushing 100 per cent, so we’ll strive to be in the top ten and if things go well in the top five.

“Obviously the Townsville circuit is new to everyone in an 86, but I have driven there in another category (Formula 4), so it will be exciting.

“You’ll need to have your brain switched on because if you allow someone to slip up the inside of you, there will be a whole train of other drivers trying to follow them through.”