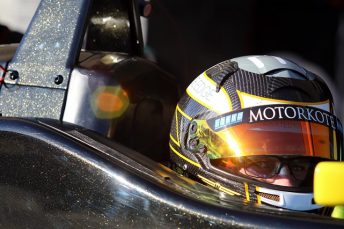 Tim Macrow is a late addition to the entry list for the inaugural round of the FRD LMP3 Series at China’s new Zhejiang International Circuit.

Macrow will drive for S&D Motorsport in Round 1 of the new sportscar series, which will take in a four-round calendar in China.

“I’ve never driven an LMP car so it wasn’t a hard decision to make the commitment to go when the opportunity came up. They are serious machines with lots of performance so it’s going to be a great opportunity.

“It’s the kind of opportunity that you just never know where it might lead so I’m jumping in and grabbing it with both hands. I can’t wait.

“I’ve been getting plenty of seat time in GT cars lately so I feel like I’ll be able to adapt pretty quickly and get up to speed.”

While Macrow has not enjoyed any racing in fully-fledged prototypes, and only limited running in the Radical Australia Cup, the 33-year-old is not daunted by the challenge.

“There will be other people there who have seat time in the cars, but no one has seen the circuit before so that will level the playing field,” said Macrow.

“I’ve always been able to adapt pretty quickly and a lot of my career has been made up of jumping into cars at the last minute with no testing and limited preparation and just having a crack, so why should this be any different?”

The winner of the series will be awarded a seat in the Asian Le Mans Series in the LMP2 class, the highest level of the series.

After the originally planned season opener at Shanghai was cancelled due to delays in car delivery, the series will commence with a shortened, four-round calendar at Zhejiang on June 30-July 2.