Rick Kelly completed a trouble-free shakedown of his brand new Nissan Altima at Winton ahead of next week’s Watpac Townsville 400. 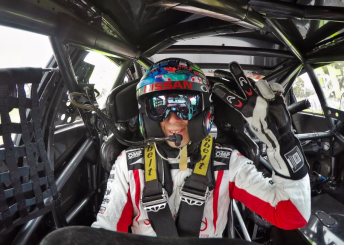 Rick Kelly enjoyed a steer of his new car

Nissan Motorsport has successfully completed the build of its eighth Altima chassis which was pushed forward after Kelly’s rig was destroyed in a multiple car pile up at Tasmania in April.

The accident forced the 2006 Supercars champion into a spare chassis for the next four rounds at Phillip Island, Perth, Winton and Darwin.

Kelly jumped aboard his new car for the permitted 60km shakedown run at the rural Victorian circuit, which went without a hitch.

“It (the car) felt perfect from the word go,” Kelly told Speedcafe.com.

“When you have new car sometimes it can take some time to iron out the bugs, but the guys have done a great job.

“Mechanically it feels exactly like the old one and from an ergonomics point of view it felt like home straight away.

“It is not every day you get a chance to drive a new car. It is certainly one of the more exciting parts of our job and it is the same for the crew.

“The guys have put in a big effort to get this car on track and they have done a fantastic job.

“To head to a track and have everything run perfectly when there are so many different variables is a fantastic achievement.

“From a feeling point of view it is very consistent, but when you have a new car it does feel a little bit nicer, and to go to Townsville with a brand new car is exciting.”

Nissan Motorsport has since prepared chassis 003, that Kelly was driving at Darwin, for MW Motorsport, who will enter the car for Bryce Fullwood in the Dunlop Super2 Series.

Meanwhile, the Braeside operation is continuing to work hard on the development front which Kelly expects will soon yield results. 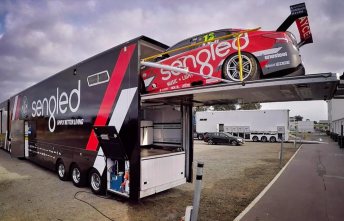 The 34-year-old scored a pole position but was unable to convert the qualifying pace into a result after suffering a stuck throttle when well placed in Race 11.

“I think the team is starting to progress and there is a lot of stuff that we will start to see come on in terms of developments,” he said.

“It would be negligent of us to think that the development items and the work we have done in the recent weeks resulted in that pole position.

“We have always had great pace at Darwin and the hard work on developments that the team has done will start to come to fruition in the medium term not the short term.”

Kelly, however, admits the next stop on the Supercars calendar in Townsville has proved a bogey circuit for the team in the recent past.

“Townsville historically for us has been a more challenging track,” he added.

“Every team has a track they go to which is more challenging and this certainly is one.

“We just want to try and roll off the back of the speed we had in Darwin and try and break through the barrier we have had there.”

Next Story Story: Coulthard deal a natural decision for DJRTP