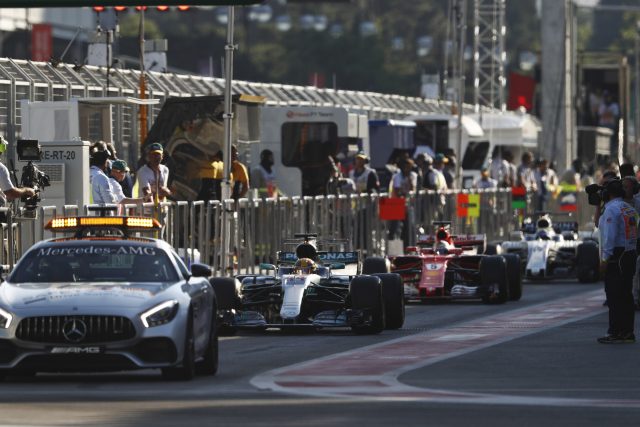 While Daniel Ricciardo swept to an impressive victory, the fallout from the Azerbaijan Grand Prix has been dominated by a controversial clash between Lewis Hamilton and Sebastian Vettel.

The incident occurred while race leader Hamilton and second placed Vettel were preparing to restart the race following a second Safety Car period.

Hamilton appeared to suddenly slow exiting Turn 15 to allow the Safety Car to peel off the circuit, which resulted in Vettel’s Ferrari tapping the rear of the Mercedes.

Vettel felt Hamilton had brake tested him and to show his annoyance at the move, he drove alongside the Brit, before swerving into the side of his car. 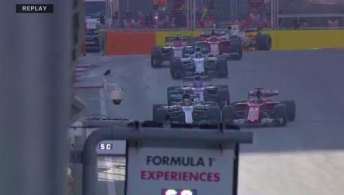 Stewards immediately investigated the incident that resulted in Vettel receiving a 10 second stop/go penalty, dropping him from second to an eventual fourth at the chequered flag.

Speaking after the race Vettel insisted he had done nothing wrong and that Hamilton should have received a penalty too for brake testing.

FIA analysis of Hamilton’s telemetry data has since shown no signs of an alleged brake test.

Vettel was also issued three penalty points on his superlicence which leaves him just three points away from receiving a one race ban.

Under FIA regulations drivers who accrue 12 points over a 12 month period will automatically incur a ban.

Vettel is expected to have two of his penalty points rescinded from his record if he avoids further sanctions during races in Austria and Great Britain.

Did the race stewards make the right call?

Next Story Vettel wants clear the air talks with Hamilton