Le Brocq: Wildcards a ‘leg-up’ on other co-drivers

Le Brocq: Wildcards a ‘leg-up’ on other co-drivers 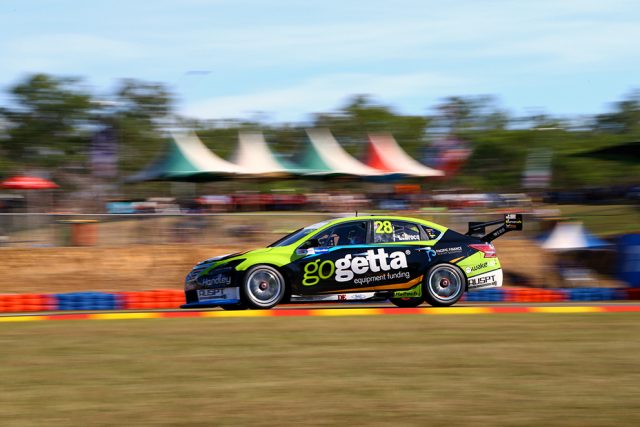 Jack Le Brocq on his solo debut in Darwin

Jack Le Brocq says that his wildcard starts at Hidden Valley and Queensland Raceway will give him an advantage over other co-drivers as he prepares for the Pirtek Enduro Cup.

Le Brocq made his solo debut at the CrownBet Darwin Triple Crown in the GoGetta Racing/MWM Altima which he normally campaigns in the Dunlop Super2 Series.

The 24-year-old will enjoy another wildcard start at the Coates Hire Ipswich Super Sprint (July 28-30) before a second career enduro drive, this time alongside Todd Kelly at Nissan Motorsport.

Le Brocq explained that the race lengths in the Virgin Australia Supercars Championship program are particularly beneficial in simulating an enduro stint, while also aiding his strong Super2 campaign.

“Every time you get in a car you’re always learning something, but there’s probably not one massive thing that sticks out that we’d definitely take back with us,” Le Brocq told Speedcafe.com.

“It’s just having that extra experience, those laps under our belt, and for me the understanding of how this Nissan works over a long distance.

“You learn little bits and pieces along the way and it’ll definitely help us when we get to Townsville because every year I’ve been racing in a Supercar it’s been a different car each year.

“But, it’s more helpful for the Enduro side of things, when you’re doing a full-tank run.

“I’m probably going to have a little bit of a leg-up on the other co-drivers because the (new construction) tyre does work a little bit differently compared to the soft tyre from last year, so that’s definitely going to be a bonus for us.”

The MW Motorsport driver also noted the marked increase in intensity from Super2 to the Championship series, particularly the need to aggressively probe for passes rather than wait for errors.

“The level of intensity in the racing is just another massive step up again,” said Le Brocq.

“I started around Frosty (Mark Winterbottom) and (James) Courtney and there was barely a time when a pass was done without some door-to-door rubbing and stuff like that.

“It was pretty interesting to see how hard those guys race and it just showed me how hard you have got to race to get moves done.

“There are no real gifts like there are sometimes in Super2 where someone makes a little mistake.

“All those things are really minimised at that level and you’ve sort of got to force the issue a little bit.

“The Saturday race up there was probably one of the craziest races I’ve ever been involved with, with all the action going on, but it was great to learn from that as well and get firsthand experience.”

The comments echo those made by Garry Rogers Motorsport protege James Golding upon his wildcard drive at Winton in May.

Le Brocq finished 19th and 22nd in the two races at Hidden Valley, having qualified 24th and 21st respectively.

He will next drive the GoGetta Altima in Round 4 of Super2, in which he runs third in the series, at the Watpac Townsville 400 (July 7-9), before both he and MW team-mate Shae Davies enter the Ipswich Supercars event as wildcards.