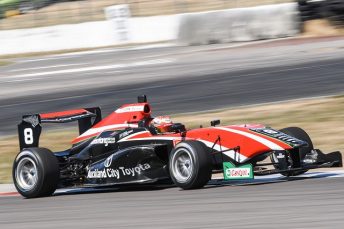 The Castrol Toyota Racing Series will continue to be held over five consecutive weekends, with an unchanged calendar set for 2018.

As in previous seasons, Ruapuna (Christchurch) will open the season in mid-January before rounds at Teretonga Park (Invercargill), Hampton Downs, Taupo, and Manfeild (Feilding).

Toyota New Zealand Motorsport Manager Steve Boyce says that the series continues to be in high demand from young drivers from around the world.

“Once again, the world’s leading young race drivers are developing their plans for staying race-fit at the end of the northern hemisphere race season, and they are looking south to New Zealand,” said Boyce.

“Enquiry is coming in now from Europe, the UK, America, and Asia.”

The calendar announcement comes amid a time of change for the series.

Furthermore, Toyota Racing New Zealand is this month moving from its Mount Wellington base to a purpose-built facility at the Hampton Downs circuit.

“As we bed-in the new TRNZ facility, we have taken the opportunity to evolve how we deliver the championship and review key roles within the organisation,” said Boyce.

“It’s a very exciting time for Toyota Racing New Zealand, and having the benefit of Steve’s international motor racing wisdom is incredibly valuable.”