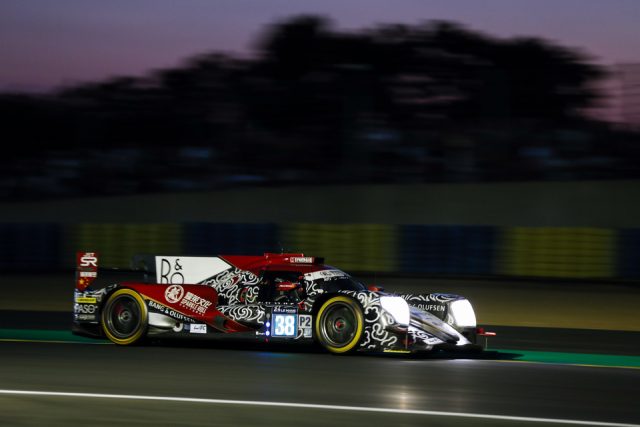 The Sydney-born engineer enjoyed a dream debut at the French endurance classic as he helped guide the #38 LMP2 Oreca of Ho-Pin Tung, Oliver Jarvis and Thomas Laurent to a ground breaking second outright and LMP2 class victory.

McColl joined the FIA World Endurance prototype sportscar operation in March after a four-year stint (2013-2017) with the factory Nissan Supercars squad, where he engineered James Moffat and Todd Kelly. 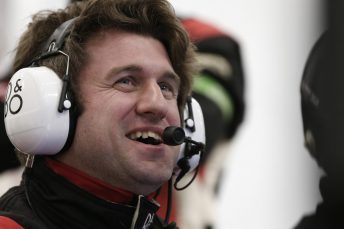 Such was the level of attrition in this year’s Le Mans, the #38 entry became the first LMP2 car to lead the race outright, which it held before succumbing to the race winning #2 Porsche 919 LMP1 just before the final hour.

The team’s sister car finished fourth outright but was promoted to third following the disqualification of the Vaillante Rebellion Oreca 07-Gibson LMP2.

Performance engineer for the team, McColl says the gravity of the achievement is still sinking in.

“The race is still a bit of a blur to be honest, it was an incredible fight with the other LMP2 teams through the whole race so there was never time to relax at any stage,” McColl told Speedcafe.com.

“For me personally it’s going to take time to sink in. This race is one of the biggest events in the world let alone in motorsport and to achieve what we have as a team has been a very special experience.

“While it was amazing to see the car leading the race outright, we knew that as long as the #2 Porsche didn’t have any issues it was going to be too fast for us, and when it did catch us we wouldn’t be able to defend against their performance levels.

“For us our focus was the LMP2 race and the points for the championship. But to be the first LMP2 car to lead the race outright is an amazing achievement for our team.” 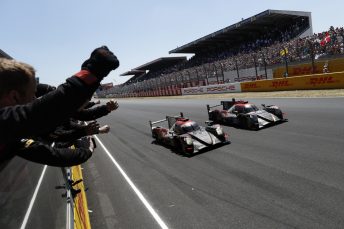 McColl admits switching from Supercars to prototype sportscars has provided a challenge, but one that has seen him draw from his own experiences of engineering Nissan Altimas at the Supercheap Auto Bathurst 1000.

“The cars are obviously very different, that in itself has been a huge challenge for me to adapt to,” he added.

“The Le Mans event is unique but the high level of competition between the teams is very similar.

“I think the competition between the teams in Supercars can be compared to any series in the world and we can be very proud of that.

“It’s a relentless race for the engineers, much like Bathurst, the Le Mans race is a flat out sprint between the teams.

“You are always looking at strategy options and items to tune the performance of the car as the race goes and you don’t get a chance to relax.

“Having said that I think it’s very difficult for drivers as the cars are brutal to drive with high aero loads in cornering and over 330km/h on the straights.

“It’s a true test of teamwork and you have to have all the members of your team perform at a high level and push yourselves to achieve a result at this event.”

Having now enjoyed a taste of sportscar racing’s showpiece event, McColl is eager to return to Le Mans for another opportunity.

“Absolutely I’ll be back, it’s an amazing event and I’m very thankful to Jackie Chan DC Racing x JOTA Sport for the opportunity to be a part of this team,” he said.