Crutchlow to stay with LCR under Honda deal

Crutchlow to stay with LCR under Honda deal 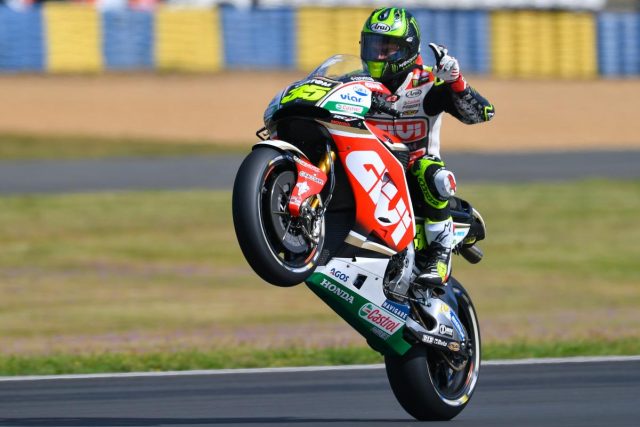 Cal Crutchlow has inked a two-year contract directly with the Honda Racing Corporation (HRC) to remain at LCR.

Crutchlow joined LCR in 2015 and enjoyed his and the team’s first ever MotoGP victory in last season’s Czech Grand Prix, before doubling his tally at Phillip Island five races later.

The Brit has become a trusted test rider for HRC, and currently sits ninth in the championship as Honda’s best satellite team rider.

His deal with HRC, which keeps the 31-year-old at LCR until at least the end of 2019, coincides with an extension of the contract between manufacturer and team for the same period.

“I am very happy to confirm that I will be riding for HRC with the LCR Team again for two more seasons,” said Crutchlow.

“We have worked extremely hard over the last three seasons together and I am positive that we will enjoy more great results together.

“I would like to thank HRC for the great support they offer me and our team, and I look forward to giving my hundred percent to this project as always.”

HRC General Manager of Race Operations Management Tetsuhiro Kuwata said that the new deal marked a vote of confidence in the rider.

“We’re very happy to continue working with the LCR Team and with Cal for the next two seasons,” said Kuwata.

“We really appreciate the work they’re doing, and we decided to confirm our relationship and even elevate it by having Cal under contract directly with HRC.

“We wish Cal and Lucio (Cecchinello, team principal) all the best for the remainder of this season and those to come.”