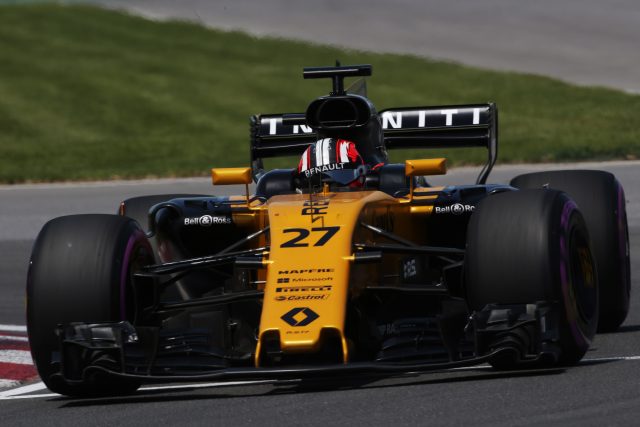 Renault will focus on reliability

Renault boss Cyril Abiteboul says continuing to improve the reliability of its Formula 1 engine remains its priority over any performance gains.

Customer team Red Bull said at the start of the season it was expecting to wait until the Canadian Grand Prix for a major upgrade, but Renault said this would be delayed until July.

It later added reliability would be the chief focus of that update while saying Red Bull had been wrong with its communication.

Abiteboul has since stressed that with its deficit to rival engine manufacturers smaller than in previous years, Renault would continue to focus on improving the dependability of its engine.

“No, there won’t be,” Abiteboul replied when asked if a major step was coming.

“I’m sorry, including for myself and the yellow team, but there is no such magic bullet any more.

“The way our engine development is working is we are now in a constant world of development.

“Last year we were in a position that we were suffering a deficit that was such that by bringing something, there was a clear difference to all teams.

“It’s not going to happen this year, even next year, because now the gap has reduced in such a way that it’s all about small, small steps that eventually will bridge the gap to the leaders.

“We have better reliability. Maybe we will continue to have some difficulties because we’re still using the first engine of the season.

“But with the engines that will be introduced, they will have a much better reliability rate, which means that we can improve in terms of mileage that we can cover at maximum performance.

“Mercedes has talked about that, and it’s the same thing on our side.

“It gives us also the possibility to explore different utilisation modes of the engine, which will be starting to do in the next few races.

“There will be more changes of the hardware also to improve the reliability.”

He added however that an update to improve the engine’s performance could also be introduced before the end of 2017.

“There might be also later in the season introduction of new hardware to bring more performance; but the first thing is reliability,” he said.

“If we had a blow-up in Montreal, number three already existed.

“There will be continuous small steps, and there is also a healthy step that we are trying to build-up for next year.

“We are already well advanced for next year’s engine, which is representing a certain innovation in one particular area.

“But even there, it’s a composition of small steps, everywhere on the engine package.”