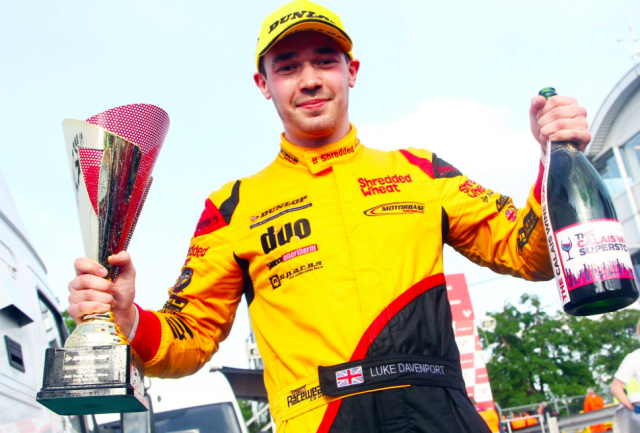 Injured British Touring Car Championship driver Luke Davenport has successfully been bought out of an induced coma and is conscious and communicating.

He was transferred to James Cook Hospital in Middlesbrough where he was initially placed into an induced coma to assist with his respiration.

Motorbase Performance has now confirmed the driver has been moved from intensive care to a high dependency unit to continue his recovery.

“Further to his accident during qualifying for round 13 of the Dunlop MSA British Touring Car Championship at Croft circuit on Saturday, June 10th, we are pleased to report that Luke is now conscious and communicating and has been moved to the high dependency unit at James Cook Hospital in Middlesbrough,” read the statement.

“Luke continues his recovery at the James Cook Hospital and we will post further updates under the direction of Luke’s family and would ask for their privacy to be respected at this difficult time.”

Davenport’s family has offered its gratitude in response to the messages of support received from across the globe.

“Luke is getting much better. A huge thank you to everyone who has been in touch, it’s really helped us as family to support him through this difficult time,” A statement on behalf of the Davenport family read.

“We have received cards and well wishes from the marshals, fans, extrication crew, medical staff, BTCC drivers, sponsors, staff and fans. We’ve even had messages from teams in Le Mans, Mexico City and New Zealand.”