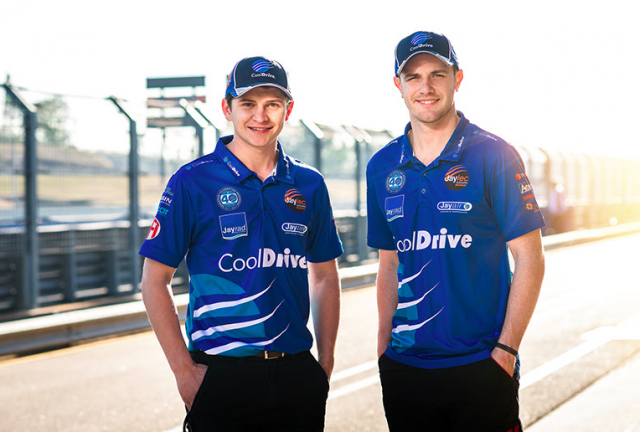 The Dunlop Super2 Series contender is now gearing up for his maiden Supercars race having been selected to join Tim Blanchard in the #21 Cooldrive entry.

Brad Jones Racing will field a second new pairing with Macauley Jones switching from the #21 to join Nick Percat in the #8 car, while Ash Walsh continues alongside Tim Slade in the Freightliner Racing Commodore.

Hazelwood emerged as contender for the seat after being called up for test at a wet Winton last month.

The 21-year-old described the opportunity as a proud moment of his burgeoning Supercars career.

“I am very proud and excited to be joining Tim Blanchard and Team CoolDrive in the 2017 Pirtek Endurance Cup,” said Hazelwood.

“I look forward to the challenge and seeing what Tim and I can achieve together.

“Tim has a great team around him at Brad Jones Racing and after working alongside the crew at Winton I can see myself fitting in really well and getting the most out of myself in the car.

“Although I have only driven the CoolDrive Commodore in the wet around Winton, I felt really comfortable and cannot wait to do some dry running soon.”

“Being my first endurance campaign I will be learning at a great rate and taking in as much as I can to assist Tim. 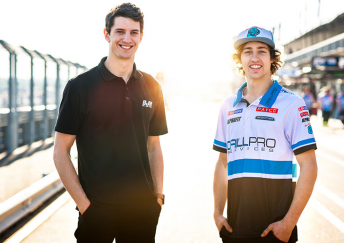 “The BJR team showed last year their cars have great potential during the endurance season and I feel with the right preparation Tim and I can really put together some strong results.”

Confirmation of BJR’s line-up sees Andrew Jones, son of team co-owner Kim Jones, put on the sidelines having co-driven for the team after stepping back from full-time commitments in 2009.

“I’ve achieved some great things in my Supercars career and worked with some fantastic people,” said Andrew Jones.

“There are many fond memories from over the years; it’s now time for me to step back and give another guy a chance.

“Todd Hazelwood is a great kid and works really hard to be where he is. It will be great to have him as a part of the team and see what he can do.”

“I’ve been racing go-karts with Nick over the past couple of months and we’ve been helping each other out a lot,” said Macauley Jones.

“We’re working really well together and I’m eager to see what this new opportunity brings.

“I feel my preparation going into this has been my best yet so I can’t wait to get on track for the biggest and best races on the Supercars calendar.”

“Macauley and Todd are doing a brilliant job in the Super2 Series and the new pairings will provide them both with a fresh challenge,” said Brad Jones

“I believe they will both rise to the occasion and do a great job, and Nick and Tim agree.”

The announcement leaves Lucas Dumbrell Motorsport as the only team yet to confirm its enduro driver line up.