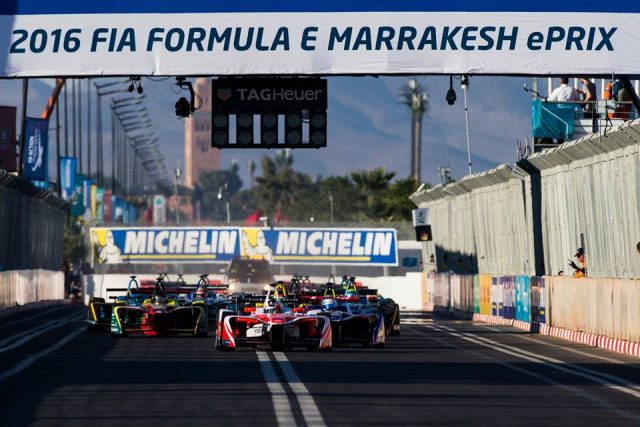 Formula E in Marrakesh this season

Santiago (Chile), Sao Paulo (Brazil), and Roma (Italy) have all been added to the calendar, while Monaco and Buenos Aires (Argentina) have dropped off, making for an extra two events and two races compared to 2016/17.

Germany’s race will be held at an as yet unconfirmed venue, while the following race is completely unallocated but expected to take place in Europe.

Hong Kong will again open the season but has been pushed back to the first weekend of December, the latest start in any of Formula E’s first four seasons.

The Asian city will also host a double-header after debuting with a single race in 2016/17.

Marrakesh again hosts the second event, now in the new year rather than November, before a trio of South American races.

The championship then heads to Europe, with the venue for the June 9 race not yet confirmed, before again finishing with double-headers in New York and Montreal.

The latter will again take place on the final weekend of July, making for a season of 34 weeks from start to finish (down from 42).

** Venue to be announced

*** Date to be confirmed