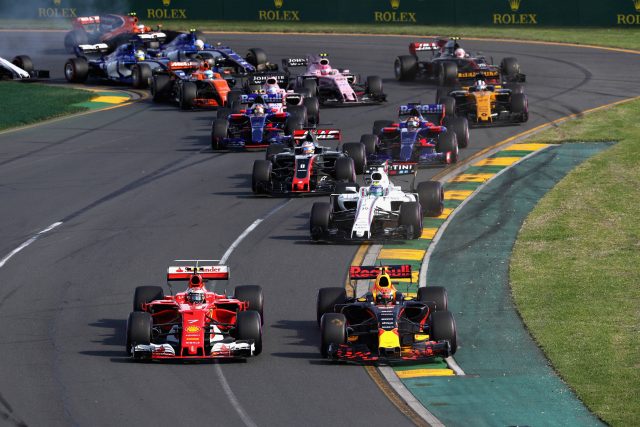 Australia’s Albert Park season opener has been slated to continue its date slot with next year’s race set to be held on March 25.

This year’s event will also act as a championship round for the Virgin Australia Supercars Championship for the first time.

Race formats for Supercars will be discussed in the coming weeks although it is thought pit stops could feature.

“We are thrilled to receive emphatic confirmation by Formula One Chairman and CEO, Chase Carey and Jean Todt, President of the FIA, that Melbourne will again host the coveted first race of the FIA Formula One World Championship season,” said Australian Grand Prix Corporation CEO Andrew Westacott.

“We look forward to raising the curtain on what’s expected to be another spectacular year of racing in 2018.

“We are incredibly proud of the world-leading event we put on in Melbourne and believe we have a responsibility to set a significant benchmark for the remainder of the racing season.”

Meanwhile, F1 will have its first triple-header next year, with the French, Austrian and British Grands Prix all due to take place on consecutive weekends.

The return of the French and German Grands Prix in 2018 prompted some headaches for F1’s chiefs in trying to fit in enough races in to their traditional slots in the calendar.

But in a draft schedule released following a meeting of the FIA’s World Motor Sport Council in Geneva, France has been handed a June 24 slot and will be followed on subsequent weekends by the Red Bull Ring and Silverstone events.

Other changes to the calendar include the Azerbaijan Grand Prix taking a slot in late April, with the Russian GP moving to September, where it will form a back-to-back with the Japanese GP.

The races in China and Singapore remain subject to confirmation of deals with the commercial rights holder.