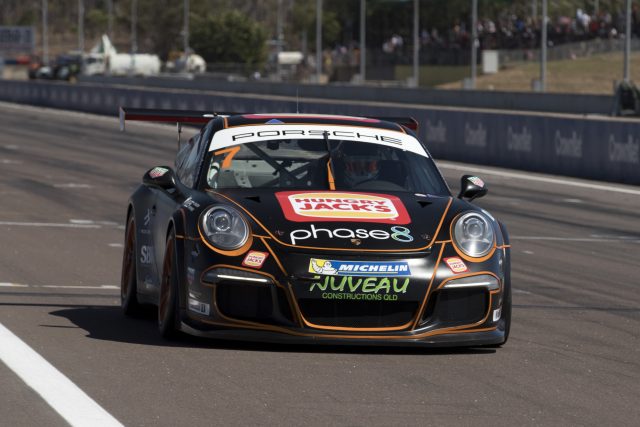 First race, round and weekend sweep of race for Evans

Jaxon Evans has completed a clean-sweep of the Carrera Cup in Darwin with another classy drive in the third race.

He headed the field off the start as Alex Davison slipped into second while David Wall held off a determined Andre Heimgartner.

The race then split into battles with Davison pushing Evans, while Heimgartner was doing the same with Wall.

Both battles remained status quo throughout, with Wall’s performance also ensuring he left Darwin with the championship lead.

Cameron McConville came home in fifth place, a mighty effort after completing the Supercars race with no cool suit system.

Carrera Cup Australia next heads to South-East Asia and the Sepang Circuit in Malaysia as the series shares double-billing with Carrera Cup Asia on July 21-23.

VIDEO: Evans and Shahin speak after the final race of the weekend