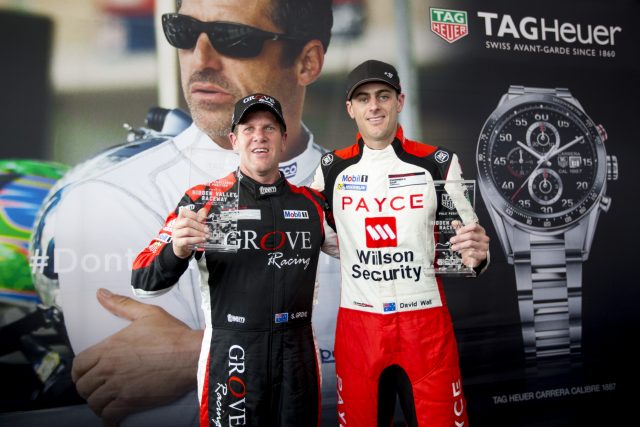 David Wall has scored his first pole in Carrera Cup, coming 11 years after his debut in the category.

Wall’s time in qualifying at Hidden Valley backed up his fast time in Friday practice and he will share the front row for this afternoon’s opening race with Jaxon Evans.

Wall comes into the weekend in form having won the previous Pro-Am event at Phillip Island.

The session had its fair share of action with Michael Almond backing his car into a tyre barrier, while Tim Miles brought out a red flag when he beached his 911.

Points leader Andre Heimgartner did make it out for the session after his Sonic crew worked until 2am to have his car ready after a heavy crash in yesterday’s opening practice. Heimgartner will start fourth, sharing the second row with Alex Davison.

Pole in the Tag Heuer Carrera Challenge, went to Stephen Grove for the fifth-straight race. Although he was pushed by Miles.

The opening race of the weekend is set down for 1pm local time.