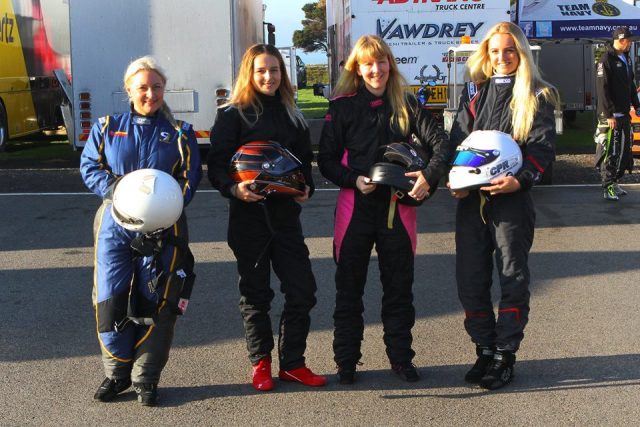 Aussie Racing Cars (ARC) has run a Ladies’ Cup within the series since 2016, in response to the increase in the female contingent to four drivers, which will now officially be known as the ‘Aussie Racing Cars Women’s Cup presented by CAMS’.

In addition, the winner of the title will be invited to attend the annual CAMS Motor Sport Awards Gala Dinner in Melbourne to receive the trophy, as well as receiving a $2000 Virgin Australia Travel Voucher.

ARC category owner Tony Quinn says that he hopes that the initiative will further boost the number of females in the field.

“Aussie Racing Cars has always been about having fun on the race track, and we’re very grateful to have CAMS’ support to encourage more women to get involved,” Quinn said.

“We’re very proud to have the greatest participation of women in any Australian national category, and the more the merrier as far as I’m concerned.

CAMS CEO Eugene Arocca said that the support was consistent with the governing body’s support of female involvement in motorsport.

“CAMS is a major supporter of women’s involvement in motorsport and this initiative is further evidence of that support,” Arocca said.

“Motorsport is one of the few sports where men and women can compete with each other in the same arena, and we hope that the prize of the Gala Dinner invitation and Virgin Australia voucher will help promote female participation in the sport.