Winton to host RXAus rallycross round

Winton to host RXAus rallycross round 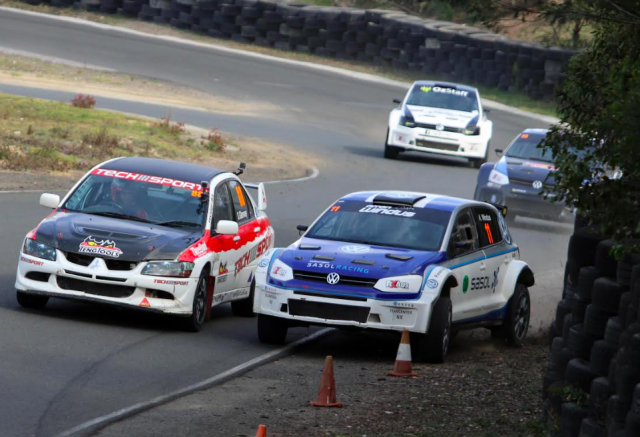 Winton will host a round of the growing RXAus Australian Rallycross Championship on a newly developed circuit layout next month.

Organisers have added a new round to the schedule with the series set to join the Winton Speedway Days event at the Victorian venue from July 15-16.

The dedicated Winton rallycross track will utilise the first four corners of the existing layout, before turning right into a newly-designed dirt section just prior to turn five.

The dirt section will also include the joker lap with a full circuit design expected to be released next week.

This event sees the series move into Victoria having previously held rounds at Marulan in New South Wales and Carnell Raceway in Stanthorpe, Queensland.

As a result, the series will expand to six events with the trip to Winton to act as the fourth round, with round five held at Marulan on August 13, ahead of the Carnell Raceway finale on November 11.

“We’re really excited to be going to Winton Raceway. Wayne Williams and his team there have been fantastic in putting this together in a short space of time,” said RXAus director Justin Dowel.

“Adding a Victorian round to our calendar was always a priority however a lack of venues was what delayed proceedings, but this is a great opportunity for our Victorian competitors to have a home round and for a whole new group of people to be exposed to the series.

“Winton is going to be a fast, exciting and challenging circuit that uses the best bits of the bitumen circuit and some challenging new dirt sections that should make for really competitive racing.

“Our first visit to Winton will showcase rallycross at its best and we can’t wait to be there.”

The two-day format, a first for the RXAus series, will see practice, qualifying and at least one round of heat races on Saturday, followed by the remaining two rounds of heats, class finals and Super Finals on Sunday.

Justin Dowel currently leads Will Orders in the AWD Championship after the first three rounds, while Mike Conway heads Troy Dowel in the competitive 2WD championship.