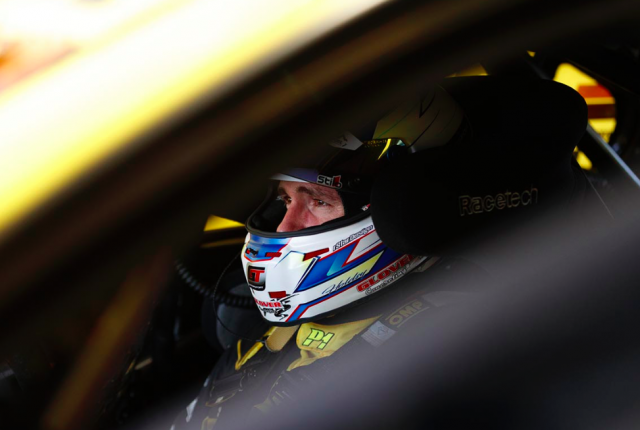 Lee Holdsworth remains focussed on banishing the memories of last year’s horrific crash at Darwin’s Hidden Valley Circuit as he prepares to return to the scene this weekend.

The Preston Hire Racing driver admits the incident, which sidelined him for three championship rounds, will be playing on his mind when the Supercars Championship reconvenes in the Northern Territory.

Holdsworth has made a full recovery after sustaining a fractured pelvis, two broken ribs and knee ligament damage from the collision with the concrete wall last June, although he says it took until April this year to return to full fitness.

Despite unpleasant memories from the biggest crash of his career, the 34-year-old has no issues returning to the circuit and is solely fixed on a strong performance.

“Obviously coming back to the event where I had the big crash last year plays on my mind a little bit, but I have no issues going back there,” Holdsworth told Speedcafe.com. 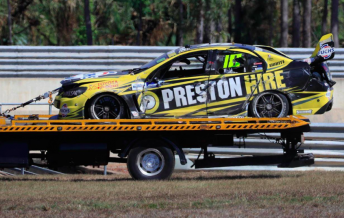 “We are getting stronger and I would like to see that progression continue on in Darwin.

“Everyone is asking me about it so it is a constant reminder of what happened last year.

“The memory I have of last year’s Darwin isn’t good. I’m looking forward to just getting back on the track and putting that behind me.

“It is not something that keeps playing over in my mind. There is nothing I will do differently this year, so I will just go back there and do what I do.

“The track surface at Winton is similar to Darwin.

“The style of circuit is quite similar too although there are some fast flowing corners. We will take a similar set-up to Winton there and will be quite good.”

While electing against a scheduled test day in the break since Winton, Holdsworth’s team has been working hard to improve a number of key areas to bolster performances on the track.

One aspect that has been addressed is pit stops with the team acquiring a pit boom to enable its crew to practice procedures in the workshop.

The Supercars race winner believes a lack of practice coupled by a fuel flow issue has caused him to lose several seconds in pit stops.

“The team have been putting in a huge effort in on our pit stops and concentrating on how we can make that side of our game a lot better,” added Holdsworth, who is lying 12th in the championship standings.

“Our pit stops have let us down massively since the start of last year.

“We work with another team there and it is very difficult to practice together as a team until we get to the race meeting.

“The wheel stops haven’t been great and we have had a problem with how long we have been waiting for the fuel to go in the car and that is on our side.

“We have done a lot of investigation into that and hopefully we will see a bit of an improvement this weekend.

“You can’t blame anyone it is the nature of the game.

“Two or three seconds longer than it should be in a four second stop turns out to be seven seconds and you lose a lot of ground on the track.

“We cannot afford to do that in this category.

“We finished 11th and 10th at Winton but we should have been eighth and sixth if we were on top of our pit stop game.”