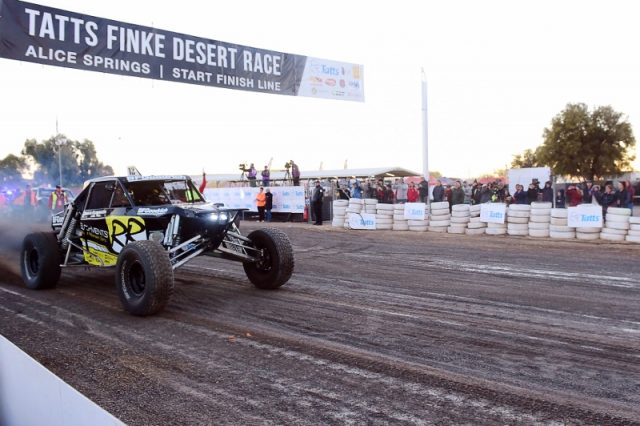 Robinson and fellow West Australian navigator Trent Anthony (#13 Jimco OBR Nissan 3500cc) set the fastest time during the Prologue and benefited from avoiding the dust, completing the 226km drive from Alice Springs to Finke in 1:48:44.6s.

Victorian father and son pair Shannon Rentsch/Ian Rentsch (#33 Jimco Buggy Nissan 3500cc) finished the day second fastest, as they had done in the Prologue, with a time of 1:51:58.4s.

Greg Gartner/Jamie Jennings (#410 Ford F150 5900cc) lost bulk time between the Bundooma and Mount Squires checkpoints, arriving at Finke in 2:41:14.82, 32nd fastest after setting the fifth-fastest time in the Prologue.

The Car field will set out for the return leg to Alice Springs from 0715 ACST, with first cars expected to arrive at approximately 0905 ACST.