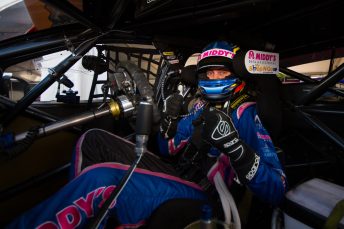 Bryce Fullwood expects only a small initial gain when makes his first start in the ex-Rick Kelly Nissan Altima at Townsville.

Fullwood will make the change from a previous-specification FG Falcon which he has campaigned since the final round of the 2015 season at Sydney Olympic Park to a COTF-spec Altima for Round 4 of the Dunlop Super2 Series.

The Darwin native, who has driven for MW Motorsport since that first Falcon start, ran inside or near the top 10 during Round 1 in Adelaide.

However, his weekend came to a premature end in a multi-car shunt at Symmons Plains, before struggling on the heavily aero-dependent Phillip Island Grand Prix Circuit.

Fullwood drove his new ride, the Nissan Motorsport chassis which was recalled into service after Kelly was caught up in the Virgin Australia Supercars Championship’s own Tasmania pile-up, in an evaluation day during Tuesday’s in-season testing.

While he expects an improvement, the 19-year-old is playing down expectations due to Townsville’s status as a street circuit and also his own unfamiliarity with the car.

“I think it depends on the track,” Fullwood told Speedcafe.com of the gain he is expecting. 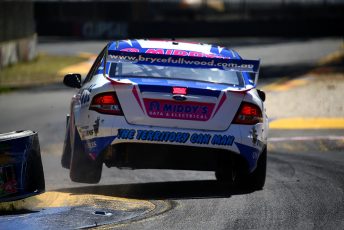 “(At) A track like Phillip Island, the FG really lacked aero compared to the new cars, so it was really hard going, but at a track like Clipsal, we were fifth- and sixth-fastest in the Falcon.

“Obviously Townsville is a little bit like Clipsal being a street circuit and with kerbs and stuff, so I haven’t really got super-high expectations.

“I want to go into it feeling my way around a little bit, but obviously expecting and hoping for an improvement.

“I think the bigger improvements will be later on in the year once I get my head around it a little bit more, so I haven’t got any major goals for Townsville; just finish every race and see where I end up.”

Fullwood will now join team-mates Jack Le Brocq and Shae Davies in campaigning Altimas, which he says represent the greatest improvement over his outgoing Falcon in braking.

“I can trail brake a long way into the corner and it’s got power down as well so it’s a very, very good change; a change for the better that’s for sure.”

Fullwood will be racing a Commodore Cup entry in the local combined Improved Production/Commodore Cup/HQ Holden support races at the CrownBet Darwin Triple Crown (June 16-18), before suiting up again for Super2 Round 4 at the Watpac Townsville 400 (July 7-9). 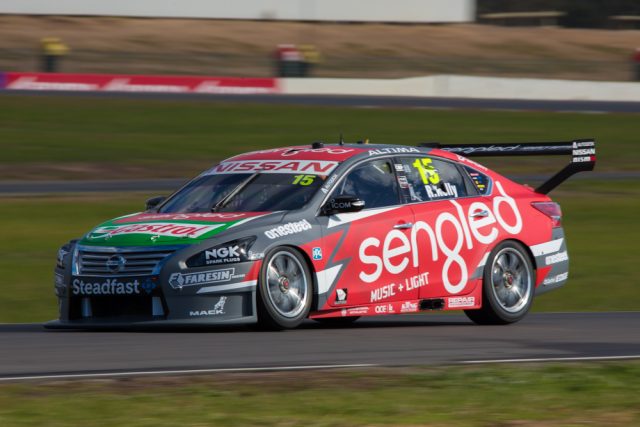 Fullwood testing the Altima at Winton