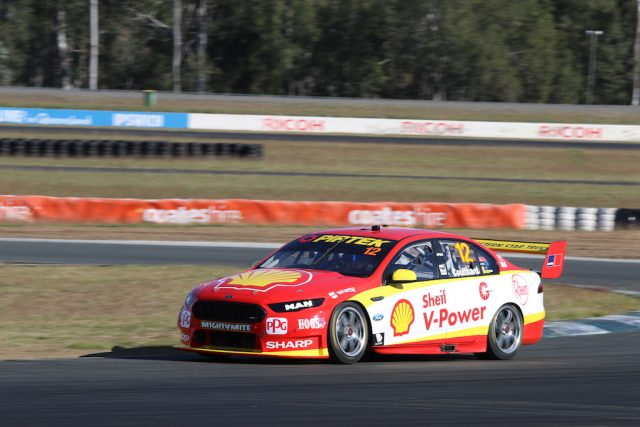 DJR Team Penske competition director Ludo Lacroix has warned there is more to come from its successful Ford Falcon package as the squad continues to master the new Dunlop tyres.

The Queensland squad has shot to the top the Supercars pecking order this year having won five of the 10 championship races this season, leading both the drivers’ and teams’ standings in the process.

A re-organisation of its technical department including the acquisition of Lacroix from Triple Eight has helped transform the DJRTP Falcon into the car to beat.

The team is refusing to sit still on its advantage having undertaken a test day at Queensland Raceway where it trialled a range of developments designed to extract more pace from its package.

Lacroix was encouraged by the initial results from the test. 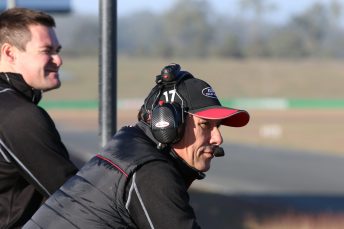 “We had new parts to try, because that is what we do we design and race new parts, and so far I’m very happy with what we put on the car,” Lacroix told Speedcafe.com.

“It (the parts) didn’t have any faults but only time will tell if it is quicker.

“The real test is when we go racing and after six months if we have gained a couple of tenths.”

The introduction of new Dunlop tyres has proved a key variable in the teams’ development with parts being specifically designed around the new rubber.

Such is the complexity of the new tyres, he expects it will take two years to unlock the full potential.

“I think the new tyre has given a wider new direction,” he added.

“It will take probably two years for us to get on top of the tyre. It is quite challenging and interesting.

“Anytime you throw in something so important like a tyre, the design of the car and the way to take camber and lose camber has an interaction.

“You need to have things to shake it up bit and the tyre is one way of doing that.”

Following the test, Lacroix expects the title race to be fought between Triple Eight with Prodrive stepping up to join the battle.

“PRA is going to pop up because they are strong and a good team, but Triple Eight is not going to go backwards,” he added.

“They are working really hard and you can see Roland (Dane Triple Eight team owner) is putting on a lot of pressure to try to get something.

“It will be us and them but PRA are capable of being able to play with us.” 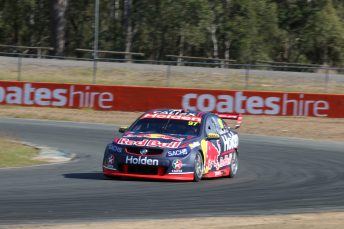 Ironically championship rivals Triple Eight shared Queensland Raceway with DJRTP on Tuesday as it strives to close the gap to the Shell-backed Ford operation.

The factory Holden team completed 355 laps of the circuit with its three cars for Shane van Gisbergen, Jamie Whincup and Craig Lowndes.

Team manager Mark Dutton says there were plenty of good signals from the developments it tested.

“There has been some good positive things but that doesn’t mean they are going to be good for Darwin,” Dutton told Speedcafe.com.

“You have to test for Darwin, Sydney Motorsport Park, Queensland Raceway and Townsville, so just because something that is on our list that may not work at Darwin doesn’t mean it is a bad test.

“To decipher what you think will work there and what you will save for another day is a big task. There is a lot of data to go through.

“We weren’t really focussing on what the other guys were doing, but saying that the track was good and some of our times were blisteringly quick on not special tyres.”