Campbell up to speed after first T8 test

Campbell up to speed after first T8 test 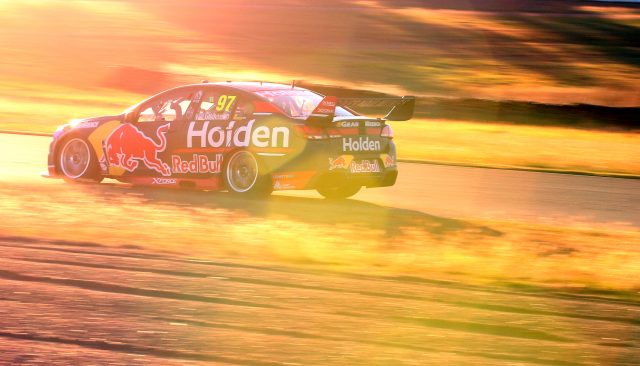 Matt Campbell declared himself pleased by the speed of his assimilation into the Triple Eight team following a maiden run with the squad at Queensland Raceway.

The Porsche Supercup star made a flying visit to Australia to log his first laps in the #97 Commodore he will share with Shane van Gisbergen in the Pirtek Enduro Cup.

Campbell completed several short runs throughout the day as he made the transition from the Porsche 911 GT3 Supercup car to the Red Bull Holden.

Fresh from a fifth place finish at Monaco in the Porsche Supercup, the 22-year-old quickly adjusted to the car at the Ipswich circuit. 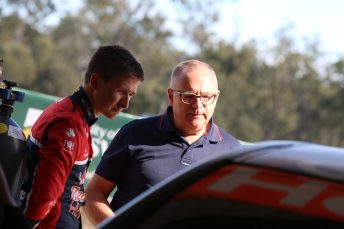 “It was just good to get a lot of miles and make sure I feel comfortable in the car.

“It was a really productive day.”

Campbell says he already feels comfortable in the car despite the obvious difference in physique compared to van Gisbergen.

He also feels his partnership with the reigning Supercars champion is off to a good start.

“I have got a bit of a booster seat but we make it work and I feel quite comfortable in the car,” he added.

“I think one of the good characteristics about the car is, it is really comfortable and predictable. I got up to speed and I was really happy with how that went.

“I got up to speed a little bit quicker than I thought would as I have been racing a Porsche over in Europe.

“In these cars you have to heel and toe and there is a sequential shifter, so they are quite unique. I’m just really happy with how I got up to speed but there is still some work to do. 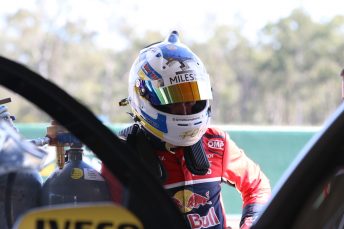 “We (myself and Shane) have talked a couple of times over text message.

“I think we have been getting on well so far, obviously this is only our first day working with each other.”

The team were particularly impressed at Campbell’s transition to the Commodore as well as his pace.

“I’m very happy with Matt, he was very relaxed and was not fazed by it,” team owner Roland Dane told Speedcafe.com.

“He got straight into the groove and was there or thereabouts time wise, so I’m very happy with his first run.”

Campbell flew out of Australia last night to return to Germany ahead of an appearance in the German Carrera Cup at Austria’s Red Bull Ring this weekend.

He is expected to return to Australia for Triple Eight’s pre-enduro test.